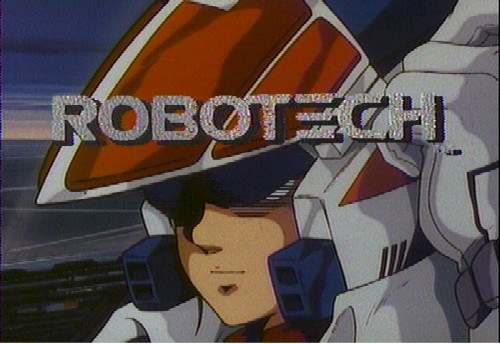 There’s a ROBOTECH Kickstarter, and I’m Not Backing It.

I’m a huge Robotech fan, more than most, and I will not be donating to the new Robotech Academy Kickstarter…and this is why.

First off, a little history.

Robotech was released in 1985 by Harmony Gold (a multi-million media distribution/real estate company) as an 85 episode epic saga chronicling the lives of people during an alien invasion searching for something called protoculture. There were 3 different story arcs, each having a different cast of characters. The show contained action, tragedy, love, and bit comedy. It just seemed to have everything…even giant robot on giant alien fighting action. Think of Pacific Rim with more aliens and more giant robots.

But there were a lot of things going against it. Its origins were Japanese, which, at the time was a rarity in 1980’s television. The 85 episodes were, in reality, a mish-mash of 3 completely different Japanese animated programs (anime), completely redubbed, edited, and changed to have a singular, over-arcing storyline. The show was not a vessel to sell toys, as Transformers and GI Joe were made to be. By all standards, this show shouldn’t have ever seen the light of day, but it did.

The show was spectacular because it was unique. It was different. If Robotech was considered bad plastic surgery, then shows like Battle of the Planets and Captain Harlock that had earlier appeared on TV would be horrible, dismembered Frankensteins. US/Japanese collaborations like Kimba, the White Lion and Astro Boy were lucky experiments at best and they appeared on TV some 30 years before. Robotech had a running storyline, which meant you had to watch every episode or you were lost. Characters died…frequently. They didn’t pop out of plane miraculously with a parachute; sometimes you heard the horrifying screams of the pilot as they disintegrated in combat. People compared this show to a “cartoon soap opera” and they weren’t far from the truth.

To many people, Robotech was their gateway to the world of Japanese animation. Anime became more mainstream; everyone had a hunger for it. Robotech’s presence would herald a flood of new Japanese shows onto US television. Power Rangers, Sailor Moon, BeetleBorgs, even Pokemon owe some of its popularity to the trailblazing that Robotech did in the 1980’s.

But it, like its other animated brethren, fell into obscurity. There was no internet, no file sharing, no video streaming like there is today. The only way you could watch Robotech was either by (hopefully) catching it on TV, buying the extremely rare VHS tapes (which never released all the episodes, only the first few), or by just straight recording it from the TV.

But with the 2000’s came the second coming of Robotech. Harmony Gold started releasing Robotech in various formats…DVD…HD DVD…HD DVD with extras. It was almost as if the thought of some kind of Robotech continuation was in the works.

And it came in the form of Robotech: The Shadow Chronicles, a sequel movie.

Criticism for Shadow Chronicles was mixed. Robotech fans just wanted something new; critics panned it. It didn’t have the same magic the original did some 20+ years before. Shadow Chronicles now sat in the sea of anime that overtook the US. The truth was that the original creator of Robotech only had partial influence, if any, on the new product and the new management seemed to rely on the strength of its multiple digital versions of the original show to keep it alive.

Throughout the 2000’s, the Harmony Gold camp would proceed to tarnish their own reputation by producing less-than-stellar products and announcing news that seemed to go nowhere. In 2002 – Harmony Gold Promises a new series for 2004, Robotech: Battlecry (video game) released to lukewarm reviews. In 2004 – Harmony Gold then says that new series is a movie instead Shadow Chronicles, for release in 2005. Invasion is released and tanks. In 2007, Shadow Chronicles is finally released 2 years after it’s promised, its sequel, Shadow Rising is promised. The sequel is now in limbo. In 2010 – A new animated feature is announced for 2011. In 2013 – Love Live Alve is released 2 years late, it turns out to be 3.5 minutes of new footage over 30 year-old footage. In 2014 the Robotech Academy Kickstarter is announced, Shadow Rising becomes a moot point in Robotech panels and not brought up by HG.

Despite being owned by a MULTI-MILLION DOLLAR company, the “humble” people at Harmony Gold only ask for $500,000 to start their new project. To me, this just doesn’t seem right. Why ask for money when it’s already there? Doesn’t this just defeat the purpose of Kickstarter?

The sad thing is that I consider Robotech my all time favorite animated show of all time due to its impact on the anime industry and the nostalgia it brings when I watch it. If anything, I want nothing more than a successful reboot of the franchise, but what it comes down to is that the franchise is just POORLY MANAGED at best. I attended many Robotech panels at various conventions, I’ve volunteered on behalf of Harmony Gold at various places just to get any kind of news regarding the show. This isn’t an article borne of repurposed articles I read from the internet, I have been monitoring this franchise for years.

At this point, I just want the franchise to die.

Many other managers of intellectual properties tend to keep their cards close to their chest until it’s pretty much about to come out. These days, many actors don’t know their relationship in the story even after they’ve acted their scene. Harmony Gold has been spitting out every glimmer of hope they get, not knowing that things always change in Hollywood. Then, when projects fizzle, it’s covered up in excuses and promises of projects that just never cone to fruition.

Maybe it’s the franchise itself. Made of 3 different shows, redubbed, reedited, and changed, the stars seemed to align when the show aired in 1985. There’s absolutely no way that anything like this would ever happen again. Lightning struck, and it will likely not happen again.

I think the opportunity for Robotech to resurface and have a new mainstream audience, has long since passed. Maybe after some time, there may be another window for Robotech to be re-introduced with new material and a new story. And maybe…just maybe, they may be able to finish what they started.

But now is not that time.

As of this writing, the Robotech Academy Kickstarter has 11 days left and hasn’t even hit half of its goal. 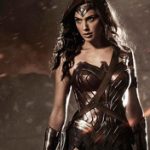 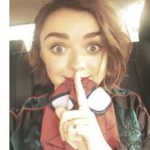