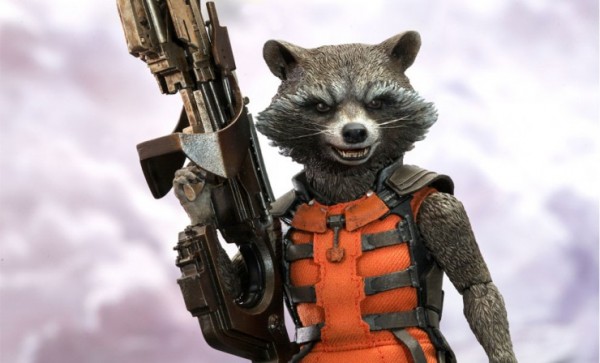 Normally, I just put the credit of the article at the end of the page, but this article was done so well that Katie Calautti of MTV needs to be recognized up front. If you liked Guardians of the Galaxy, this will touch your heart.

Now that everyone has seen “Guardians of the Galaxy,” we can all agree that Rocket Raccoon is basically the best (erm, only?) gun-toting, trash-talking, sentient tree-sidekicking space mammal ever.

Rocket is the glorious brainchild of two men – Bill Mantlo and Keith Giffen – who created him in 1976. Sadly, Mantlo was badly injured and irreparably brain-damaged after being hit by a car while rollerblading in 1992.

Since he couldn’t make it to a theater to see his Bradley Cooper-voiced creation on the big screen, Marvel attorney David Althoff and vice president David Bogart surprised Mantlo with a screening of the film at his long-term care facility.

Here’s Mantlo with a stuffed Rocket Raccoon toy, which is just…ugh. We’re gonna need a minute.

Bill’s brother Michael posted all about the experience on the group Facebook page he runs for Bill.

*****WHAT AN INCREDIBLE DAY FOR BILL MANTLO*****! Marvel hooked Bill up with a PRIVATE VIEWING of “Guardians Of The Galaxy”, and my wife Liz and my beloved cousin Jean assisted Bill throughout, enabling him to sit back, relax and relish in the AWESOMENESS of what is going to be, in my humble opinion, Marvel’s GREATEST AND MOST SUCCESSFUL FILM EVER! Bill thoroughly enjoyed it, giving it his HIGHEST COMPLIMENT (the BIG “THUMB’S UP!”), and when the credits rolled, his face was locked into the HUGEST SMILE I HAVE EVER SEEN HIM WEAR (along with one or two tears of joy)! This was the GREATEST DAY OF THE LAST 22 YEARS for me, our family, and most importantly, BILL MANTLO!

The page also proudly displays a shot of Bill’s name in the credits. *Sniff.*

If you’d like to thank Mantlo for bestowing our eyeballs with the awesomest space raccoon in the history of the known universe, consider dropping him a line and/or donating to his ongoing care – you can find more information here.