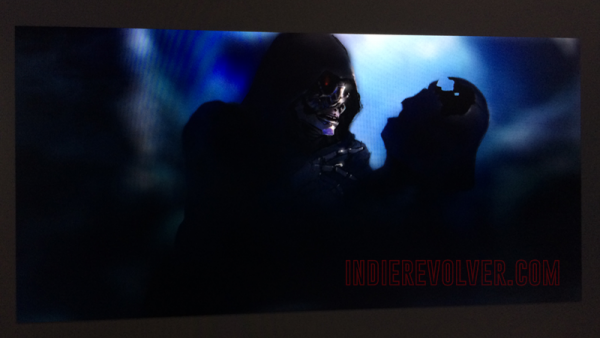 “He’s tall and thin and terrifyingly creepy, with glowing red eyes to match his red lightsaber. He’s got some robotic upgrades, like Vader – but no mask. The cybernetic bits weave in and out of him. He’s got a human upper lip, a steel jaw.” – Indie Revolver 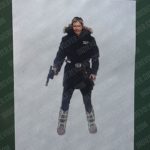 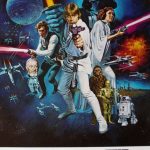