For the last couple weeks, if you were to go on Twitch, people would be talking about the rumors of Google buying Twitch. Well, today we can shed light on said rumor. Google is NOT buying Twitch. Instead, the company Amazon is buying Twitch. 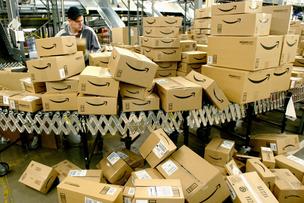 According to online reports, Google was scared off by potential anti-trust law violations since both, YouTube and Twitch are competitors for streaming live video game content. Once Google backed off, Amazon swooped in and made an offer, but come on. There is always a catch.

DISCLAIMER: NONE OF WHAT I AM ABOUT TO SAY HAS BEEN CONFIRMED AS OF YET!

With a company as big as Amazon buying Twitch, we can see some amazing things happen. First off, Amazon has deep pockets. They can support a better compression formats for the streaming videos which means a smoother streaming service for us and a better experience for people with slower internet connections. You might also find a “Buy Now” button on streamers streams in case you want to directly buy they game that your favorite streamer is streaming. That is great if you got some money burning a hole in your pocket.

What’s in it for Amazon? Well, Amazon has become the second biggest distributor of digital game sales, after steam of course. This purchase might be what Amazon needs to boost their numbers in sales, although they aren’t particularly hurting at the moment. Amazon could also evolve Twitch into a rival or YouTube. And with the demand of streaming every major life event, along with the giant following Amazon already has, this could be a potential game changer. With amazon studios and the Amazon fire TV, it is no new news that Amazon would like to break out into the game industry.

So far, this seems like nothing but a good thing. Only time will tell as we are still in the early days of news.