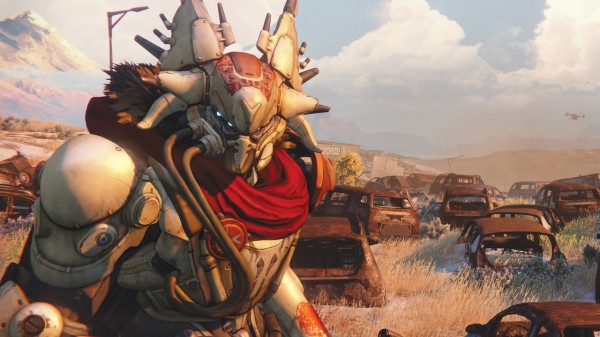 If you’ve been playing Destiny since the game launched, you’ll note that there’s a small cave in the Russian Skywatch that many people just seemed to shoot right into. After periods of 10 minutes to half an hour, these long distance guardians run right into this cave, come right back out, and just do it over again.

To what has been commonly known as the “Loot Cave” (or “Treasure Cave” as Bungie would put it), this somewhat oversight in the game’s mechanics has lent itself to some…well, really a lot of…exploitation by players to boost their characters level and gear. Word about this supposed cave has led many to think that Bungie would do something about it and so the quick individuals went to get as much as they could from it.

And fix it they did. At first, they implemented a failsafe where floods of monsters would come out of every orifice in the area, prompting a hasty retreat and maybe some death along the way as a deterrent. But that didn’t stop a lot of people from simply waiting or fighting their way through, then going back to farming the Loot Cave again. I’ll admit, even I was attracted to the loot cave for its bounty of engrams (unknown items that need to be “identified” in the Tower) and items.

But now they’ve put the final nail on the coffin. In today’s update, the Loot Cave is no more. Here’s the official patch notes:

Summary
In Hotfix 5, we made a few changes to reduce the effectiveness of a humbling number of economy exploits. Check out these Destiny Dev Notes to read a summary of our impressions since launch.
Activities
Missions
Queen’s Wrath Event
World
Destinations

It also looks like they increased the timers on other potential caves that could be exploited as well.