Did Night of Champions happen? The calendar says it did, so probably. RAW was on earlier this week, too. I think. Something about John Cena. He had a match, I guess. Coy kidding aside, WWE misfired with a B-show and a middling follow-up the next night. Some cool stuff happened. Entertaining matches and story developments shone through. Other elements caused both NoC and RAW as a whole to feel sloppy and haphazard. To later learn that RAW this week was still being written while live on the air invites little surprise… just like the show itself.

Good things about the pay per view, let’s see… Goldust & Stardust winning the Tag Titles was a plus; The Usos have done pretty much all they can atop the ladder. The United States Title match featured a strong performance from Cesaro, and though it disappoints many fans to see him pinned by Sheamus, the intense back and forth action made the belt itself look better as a result. Orton vs Jericho proved a solid pairing despite a lack of consequence. The main event had a purpose amidst all the chaos, and thankfully Cena is not a 16-time World Champion. WWE teased many major events without giving too much away for $9.99.

RAW had a few pluses, chiefly Dolph Ziggler regaining the Intercontinental Belt (as well as Damien Mizdow’s fun size replica). Not much else made an impact this week. The doldrums between September and January can often bear little narrative fruit in WWE. How can that be allowed now, in this period where focus has shifted to the network? Having several hours of free programming a week toughens the sell enough, but dull content does no one any favors. Now more than ever the product must generate intrigue.

The absence of top names like Daniel Bryan and Roman Reigns, Brock Lesnar’s sporadic schedule, and static upward mobility for newer stars means that WWE must find a way to promote its product fast, and catering to the current audience will only sustain the status quo. Building interest in the future requires just that. This week had them desperate enough to sell us on now. We can witness only so many Cena/Orton battles before they begin seeming less than special.

How about some significant happenings right around Survivor Series? What else can we look forward to heading into the end of the year? Why not book some tournaments, some contender matches? I get that the train needs to keep moving forward, but that doesn’t mean it needs to transparently spin its wheels. The ride cannot be this bumpy on the road the Wrestlemania. 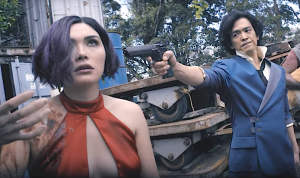