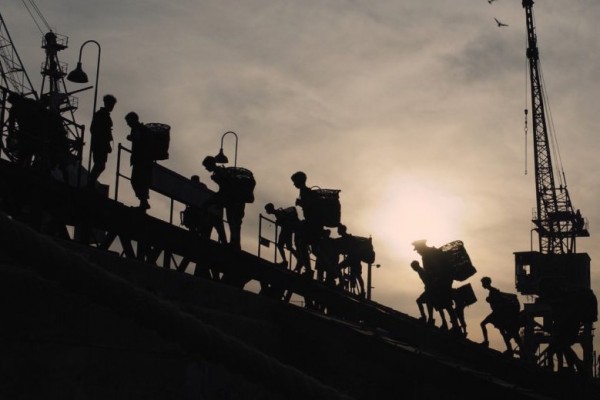 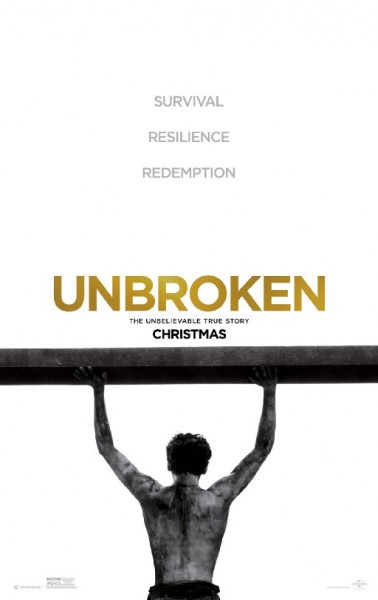 Unbroken would have been a badass action movie if it weren’t the actually true harrowing story of Louis Zamperini. In fact, it’s almost cheating to start out with a story this good, because Zamperini’s life is better than most Hollywood scripts.

Lots of movies are based on extraordinary true stories though and don’t turn out so well.  A common mistake is the biography starts editorializing on the subject’s life. See American Sniper and its constant reminders that Chris Kyle has trouble adjusting to home life. As the director of Unbroken, Angelina Jolie has the confidence to just let it be extraordinary. Of course, there is some Oscar positioning and the promise of that may be what it took to even get the film made, but then all the hype gets out of the film’s way.

The film opens with Zamperini (Jack O’Connell) in a bomber squadron in WWII, a beautifully constructed sequence in which you can see and understand the strategy involved, as well as the spectacle of flying through enemy fire. When the film flashes back to Zamperini’s youth as an Olympic hopeful runner, even the running is exciting. You can feel the personality of his competitors running alongside, even in brief scenes. Back to WWII, even landing the plane is exciting. In a crash scene, the water level plays a vital role in establishing where we are in the ocean.

The structure of the film compresses time efficiently. We feel all the time Zamperini spent at sea after the crash, but it moves like a movie. The details of his perseverance illustrate the difference between a Lou Zamperini and the rest of us. Even patching up holes in the raft, I wouldn’t know how to do that so that would be it for me. Big things happen at sea too, and those too are anchored in details like a bullet riddled shark floating in the ocean.

Perhaps the action slows down when Zamperini is taken to a Japanese POW camp, but that’s when it gets psychological. In the camp, there are moments in the work detail that are as harrowing as the shark in the ocean. Cinematography is extraordinary, from shadows of battleships and aircraft dominating a frame, to the smooth dollies as Zamperini runs by.

When I thought we’d reached the end of Zamperini’s struggle, we find out in a closing text that he did something even more extraordinary than we saw in the film. He forgave his Japanese captors. Had I not known that, I would have thought I’d just seen the most extraordinary life story. Now I want to see the forgiveness. It seems kind of important to document how he was able to do that. We see some of his passive resistance in the POW camp, but forgiveness is an important enough example to set that I’d like them to spell it out explicitly.

The film could easily handle another 20 minutes showing his spiritual journey and subsequent post-war outreach. It could probably be covered in 10 but I don’t want to scrimp on this part. Go 30 and trim some of the POW torture scenes to fit it in. Looks like I’ve got some homework to do on Lou Zamperini. In the meantime, Unbroken gets our highest rating, but lest I be accused of false advertising, let me clarify that is a metaphorical Imax recommendation. Unbroken is not actually playing in Imax, but go see an expensive evening show at the fancy theater.