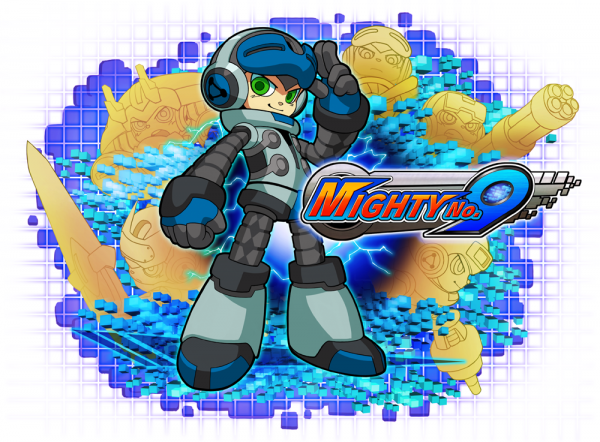 MIGHTY NO. 9 Is Complete! Details Inside!

Way back in 2010, Capcom’s Global Head of Production, Keiji Inafune announced he was planning on leaving Capcom to “start his life over”. 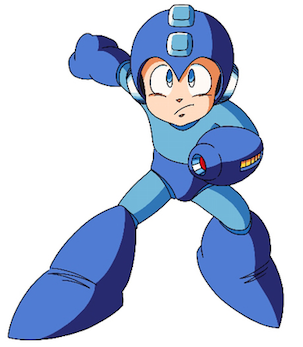 For people that aren’t familiar with Keiji Inafune, he had been at Capcom for over 20 years, co-created and illustrated the iconic Mega Man, and has gone on to produce projects Onimusha and Dead Rising among other projects. He’s certainly a major force in the video game industry and his departure stunned the video game community to its core. 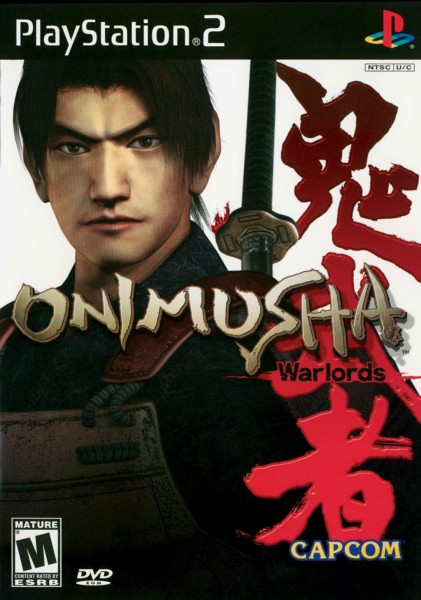 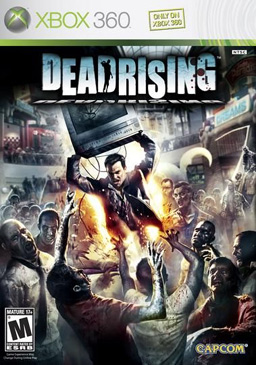 Fast forward to 2013. Inafume finally shows up into the spotlight by Kickstarting a project known as Mighty No. 9 under a new company called Comcept. In it, the designer happily shows concept art and gameplay snippets that sent the Kickstarter way over its $900,000 goal to a whopping $3.8 million!

Last year, Inafume treated us with yet another big video highlighting the little guy in action from E3.

Now we are excited to announce that Comcept has announced the completion of Mighty No. 9! Gamenesia.com, Nintendo Life, and Cinema Blend are all announcing that Inafume is “nearly complete” with the game and that it plans to ship in April this new year!

Sound familiar? I didn’t think so. 😛

Here’s some more cool images of the little guy and his enemies: 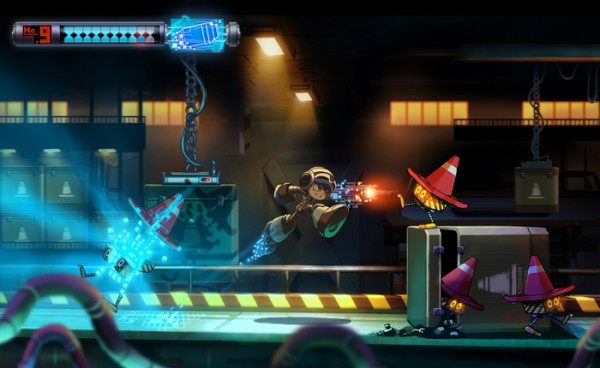 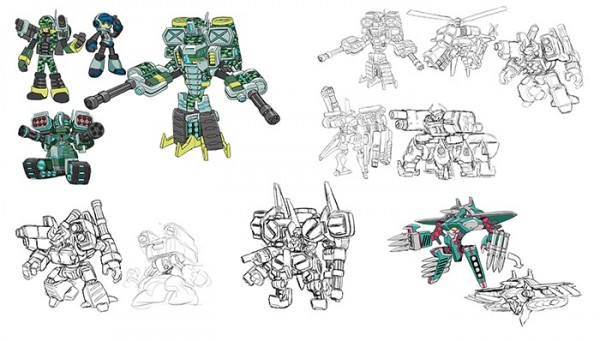 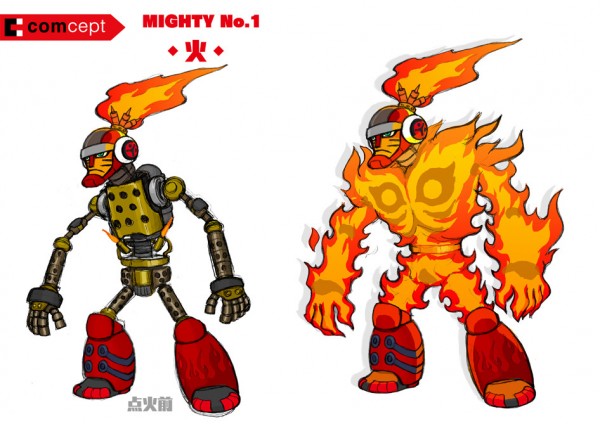 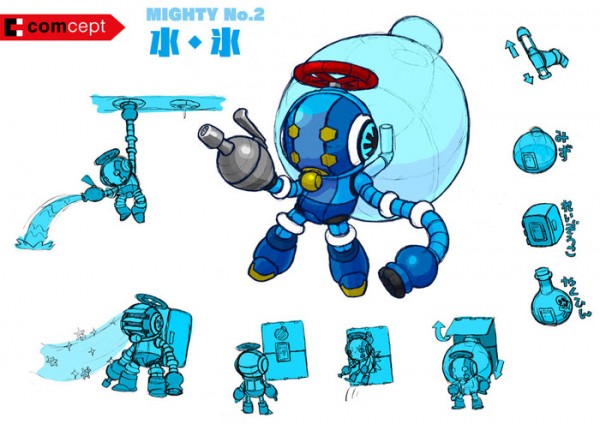 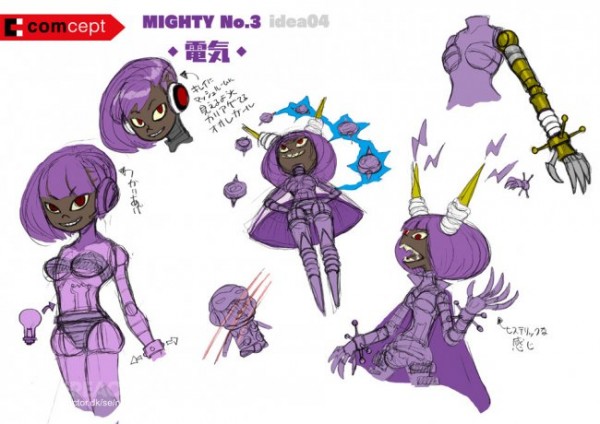 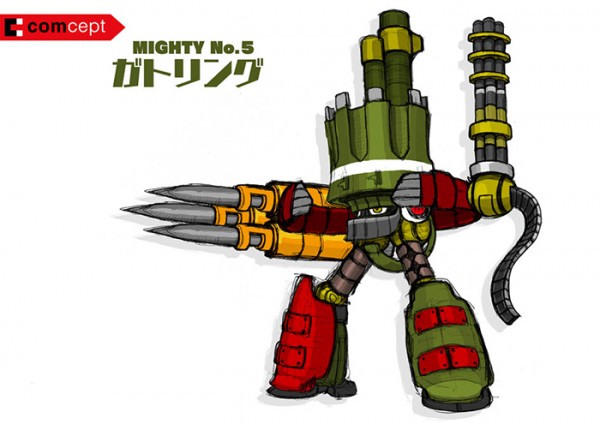 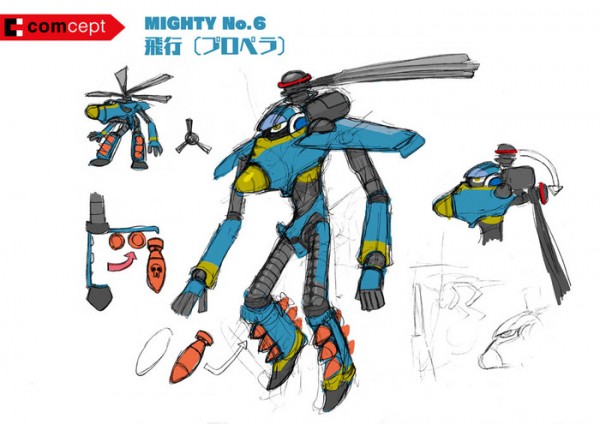 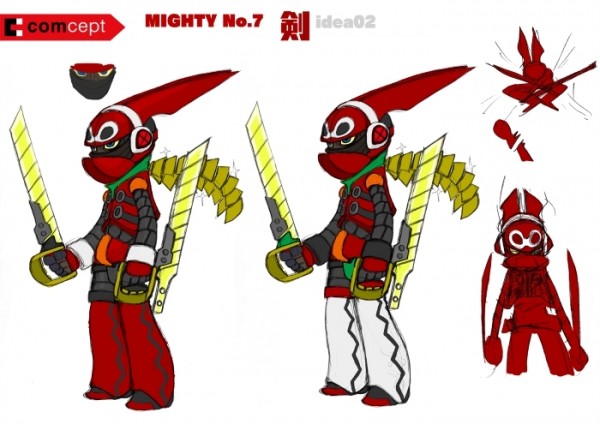 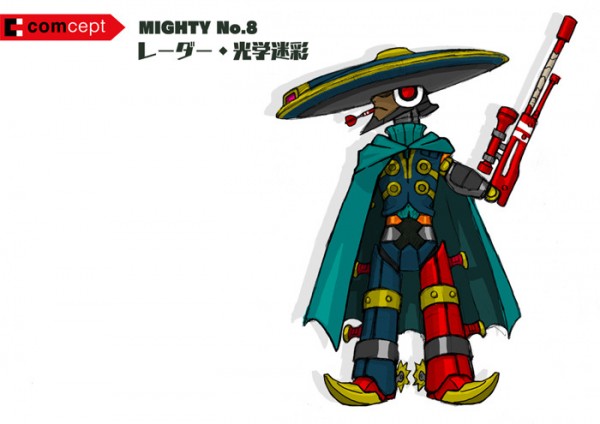 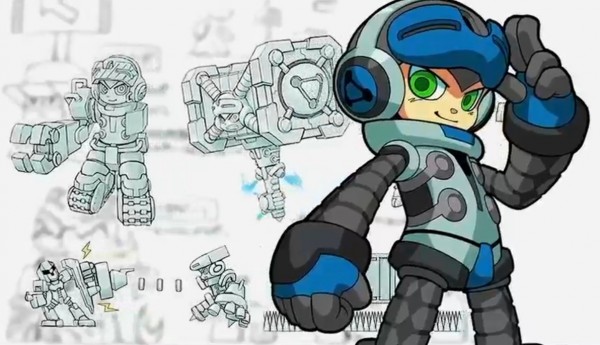 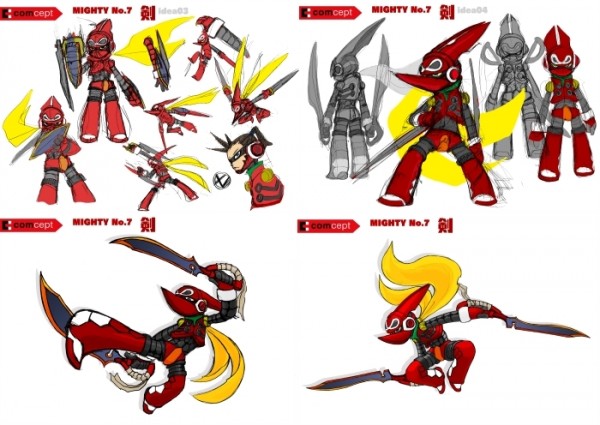 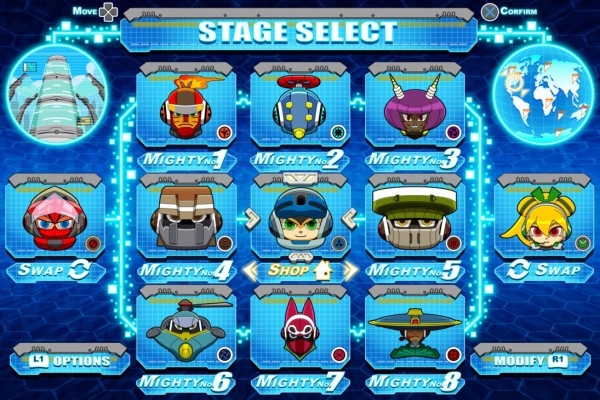 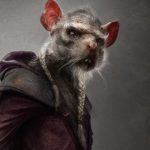 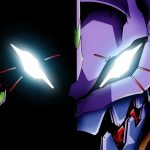