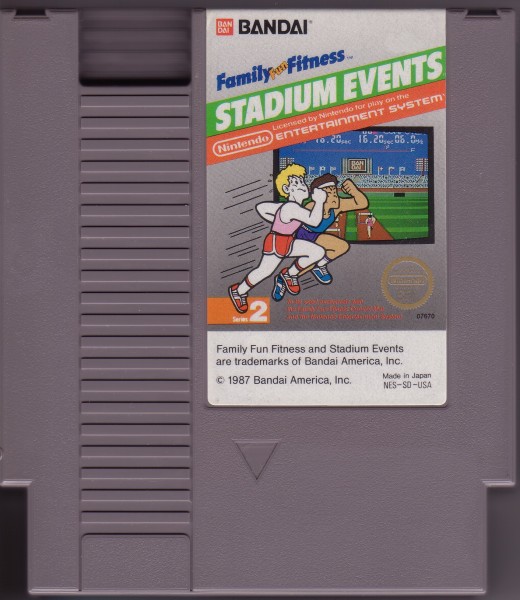 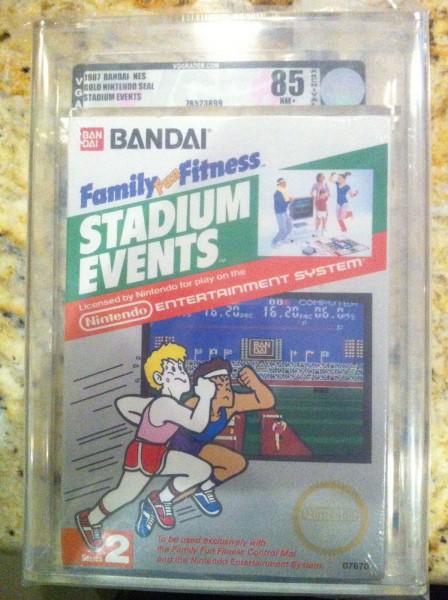 Turns out there is a gaming God. Earlier today, a copy of Stadium Events showed itself on eBay. This alone would be enough to set hundreds of thousands of people going crazy over it, but there is another level to this already miraculous story. This copy was FACTORY SEALED with a grading of NEAR MINT!!!! If you collect any sort of retro-gaming memorabilia, this is only of the holy grails that are out there for you. This is an item that many people dream of buying, but are never given the chance. The item showed up on eBay on Thursday, January 8th, 2015 and at the time of this writing, the auction had 5 days and 19 hours left. The price started out at $5,000, but easily found it’s way above $99,000. As a retro-game collector myself, I see this item selling for at least $600,000, if not almost double that. 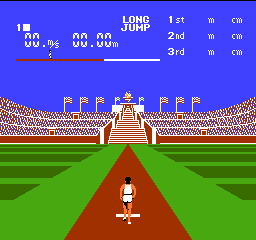 Stadium Events was released in 1987 on the Nintendo entertainment system, but was then recalled in 1988 and rebranded into World Class Track Meet and re-released along side with the Nintendo Power Mat. It was estimated that only 2,000 copies were produced and out of the 2,000 copies, only 200 copies hit store shelves before the recall. To narrow that down even further, it is believed that only 20 of those still exist today. If you have a lot of money burning a hole in your pocket, why don’t you go to eBay and go buy it. Then you will have a piece of gaming history that we once thought was lost. A sealed copy of Stadium Events…What a way to start of 2015. I wonder what else we will see this year.

1 or 2 known copies to be factory sealed. Near mint condition.