As an avid computer user and writer for this wonderful website, you can imagine that I want the best type of keyboard that is on the market right? Well, for the most part you are right. After Christmas, I was thinking about buying my first mechanical keyboard. I mean, come on. Is there anything better in the world than the sound of some Cherry MX Blue switches click clacking? No, there isn’t. Being the broke college student I am, I just couldn’t justify me spending all the money I had one keyboard. With that said, I bought two membrane keyboards to hold me over until I could reach the allusive goal of a mechanical keyboard. With that being said, I will be talking about the first keyboard I bought which is the Amazon Basic keyboard.

I don’t know if it has been said yet, but I am a mac user. This means I need to be careful on which keyboards I buy because I will most likely end up paying for a bunch of buttons I won’t be able to use, Or they are SO annoying and tedious to set up (Like Macro keys) that I don’t end up using.  So I decided to find the most basic keyboard out there. That ended up being the Amazon Basic keyboard I am using now to type this article. Coming from the apple world, I was surprised that it wasn’t to difficult to set up. Kinda blew me away really. 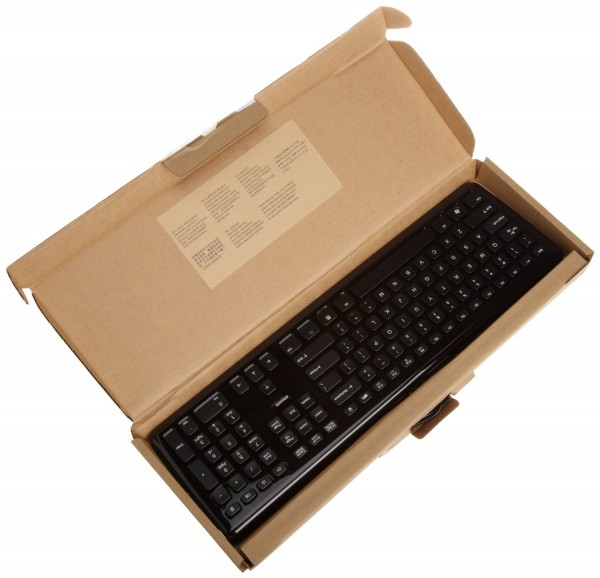 On to the actually keyboard. It is a full keyboard, meaning you have a full number pad on the right along with some volume control buttons including raise the volume, lower the volume and mute the computer all together. These volume controls worked with my mac right out of the box, which was a major surprise to me. Thank you for that Amazon. Something else that played a MAJOR factor on why I bought it was the fact that this computer had a full number pad. Coming from the Apple world, this is something you don’t see too often with “Out-of-the-box” keyboards. I feel like a normal person now. The buttons are amazingly responsive for being a membrane keyboard. I do occasionally find myself having to go back and fix some mistakes when typing, but I chalk that up to me not typing the correct way (I use three fingers on my right hand and only one on my left finger). I honestly have no quells with anyway this keyboard’s layout or anything of that nature. I have big hands and this keyboard still feels comfortable with them. With this keyboard coming in at only $12 (Before shipping). You can pick up the keyboard here. 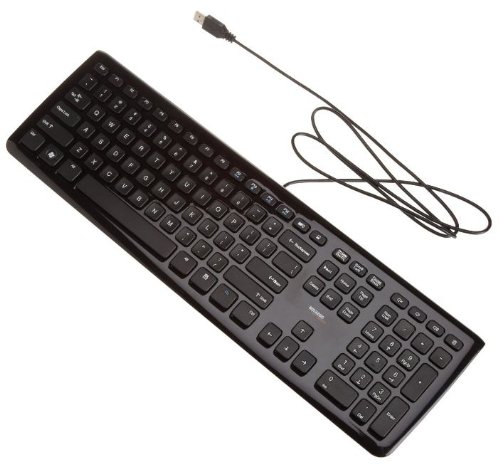 All in all, I would recommend the Amazon Basic Keyboard to anyone, whether you are in-between keyboards or you just want a backup.