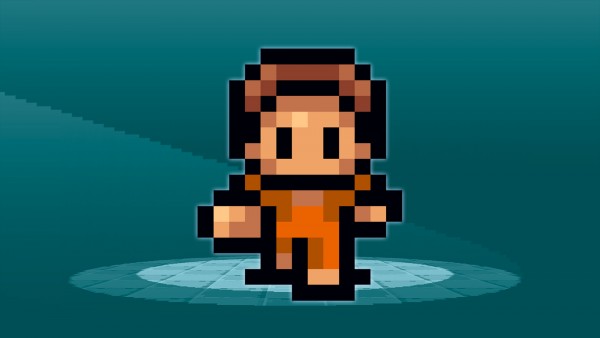 Recently I have been in love with prison games. It all started with Prison Architect, but that is another article for another day. Way back when at E3 of 2014, there was another prison game that was announced, and I just about went crazy over it. The Escapist is basically a prison escape simulator. Get all the rush of being in prison without any of the rape and stabbings. The Escapist first game out in beta on Steam, and i have been hooked ever since. With the recent release on Xbox one I would constitute as a full release, so that means everything is up for debate. Lets dive in. 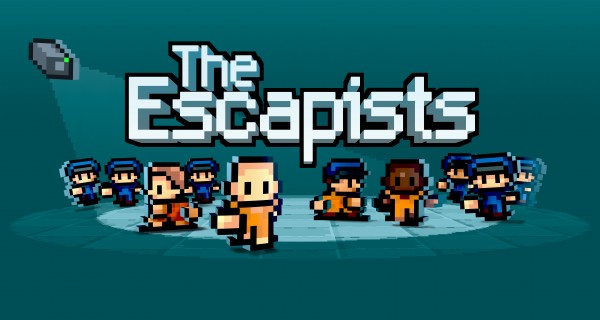 When you start The Escapist, you are greeted with the normal game screen. You get your choice of options and new game. When starting a new game, you only have one option of prisons.  The other prisons have to be unlocked with new game plus. After going through the short tutorial showing you how to use the controls, you are awaken in prison the lowest ranking prison in the game with no information on why you are in prison. You have your own cell, a bed, a dresser and surprisingly enough, cable TV. What do we do first? we learn the schedule. Every prison has a different schedule that you need to learn so you can optimize your short time in prison. One we have that memorized, it is on the the next phase of our plan.

Now that we have the schedule memorized, we now move on to stats. In The Escapist, you have three stats. Strength, Speed and Intelligence. Strength is, as you would figure it, directly related to how strong you are and how much health you have. This becomes really important early game with fulfilling requests for prisoners, but we will get to that in a minute. Speed is directly related to your characters speed and how fast you can move around the prison. Intelligence is related to your ability to craft items in the game.

During you stay in prison, you will need money to get items you want/need in order to break out. Some prisoners will ask favors of you. In return, you will be in their good graces and well as receive some payment. You can have up to four(4) favors going at one time. Many of the favors will be something along the lines of “Get me X Item” or “So and so is on my shit list. Teach him a lesson”. Early game, I tend to stick with the “Get item” favors, as you can go through other inmates rooms during your free time. This makes it pretty easy to get the items you need for those favors. Once you have enough money, you can approach inmates that have a blinking bag over their head. Those inmates have items for sale. They can have anything from a DVD to Metal file for sale. As you can see, it is kind of hit and miss with what they have. Sometimes you can get real lucky and get a vital piece of equipment you need in order to break out, like a shovel. If you don’t feel like running favors for people, you can just do your default job as a worker that does the laundry. gives you decent pay, but then you have to clean dirty inmate and guard outfits. 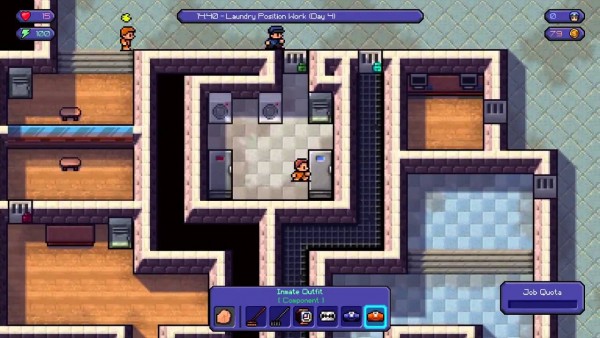 Your intelligence becomes very important late game. With your stock pile of items building up, you will need to begin making better items in order for you to break out. The crafting system in this game is well done. Most games now a days try to emulate a crafting system similar to Minecraft with no avail, but i feel that The Escapist has done this very well. When you open the crafting menu, you are greeted with 3 empty slots. You can use any of your 6 items you have on you for crafting. The recipes work well and are thought out. They make sense. You can find and sometimes buy recipes from other inmates that teach you how to make items. Once you learn them, you can go to your journal/notes at any time to look at them again in case you forget them.

With all this being said, I honestly think that The Escapist is one of the best indie games to come out in recent months. the gameplay is fun and at times can be a really challenging game. I have been a big fan of the game and I know that may alter my view on it, but I am so happy to see it be released on a console for many others to experience. The controls are tight, the crafting is good and the ai is pretty amazing. At some points, i found myself stressing out over the situations i found myself in. If you have the spare $18 to pick up this game, I extremely suggest that you get it. 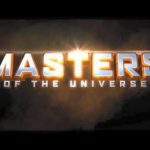 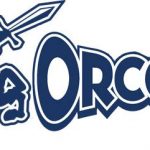