STAR WARS Creator George Lucas apparently has a lot of down time since he sold his $4 billion dollar STAR WARSfranchise to Disney. So much time Lucas has, that he even made time to stroll into a comic book store in New York City to browse new STAR WARS products.
Midtown Comics revealed via Instagram that Lucas stopped by their Times Square location, and told an employee that he hadn’t read any of the new STAR WARS comics, and was interested in taking a look at them to possibly purchase one.
George browsed for about 15 minutes, and soon after a Midtown employee supplied Lucas with Marvel’s latest’s issues of Star Wars, Darth Vader, and Princess Leia. George left the store with the issues in hand as well as an issue of Heavy Metal.
Former Marvel Editor-In-Chief Jim Shooter has stated in the past that George Lucas personally came to Marvel before the debut of STAR WARS, to pitch the movie as a licensed comic series.
It might seem strange, Lucas visiting a comic book store, and buying his own Star Wars universe creations in front of usStar Wars fans, but now he’s just like everyone else, and now you can count George Lucas as one of us.
Source: newsarama.com 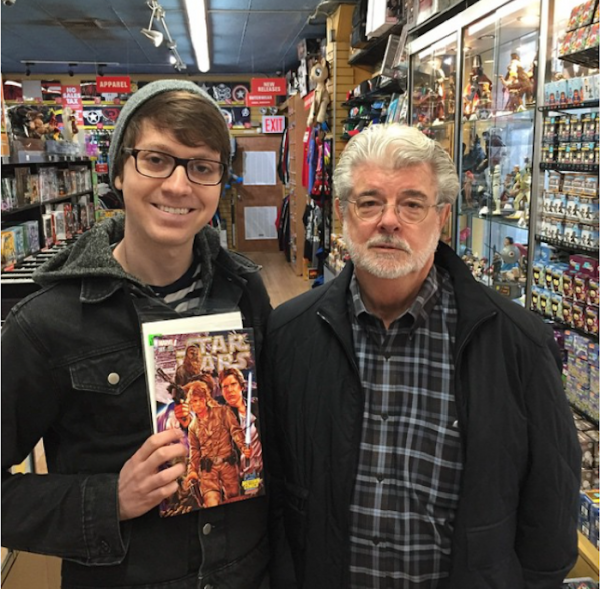