CW has released a cool new poster to mark the return of The CW’s recent run of teaser posters for its DC Comics-based series “Captain Cold and Heat Wave return to wreak havoc on Central City.

The twitter below shows the title: Sometimes opposites attract, and find out they’re a deadly combination. #TheFlash is new Tuesdays at 8/7c! 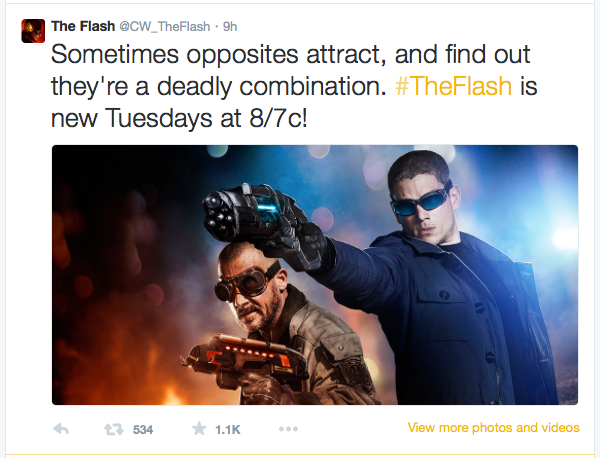