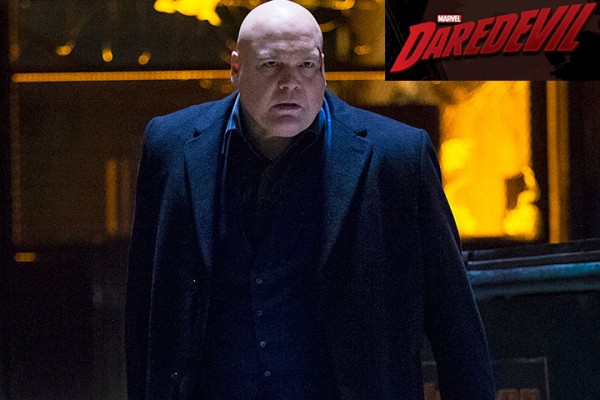 Marvel’s released a Twitter-featured image of Daredevil’s ’The Kingpin’ (Vincent D’Onofrio). The Twitter image shows Kingpin standing next to a women sitting dressed in black with a cane, along with the quote: “Alliances are being formed in Hells Kitchen”. Check out the twitter image down below. 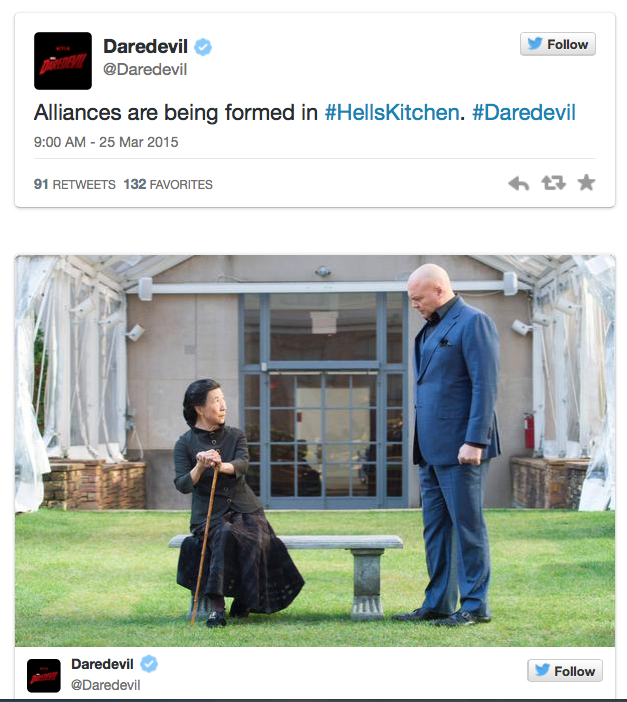