STAR WAR Celebration in Anaheim featured a closer look at the upcoming STAR WAR: The Force Awakens costumes, props, and models.  STAR WARS fan’s got up close to all the latest evil Empire’s new updated uniforms, and weapons along with details on Sith Kylo Ren costume and Hilt-lightsaber. 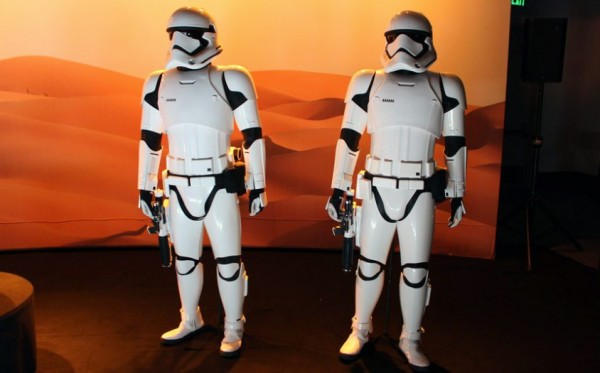 Snow Troopers as well as heroes costumes, and a couple iconic Star Wars ships including BB88  were displayed at the exhibit, which allowed us to uncover a few story details for The Force Awakens. 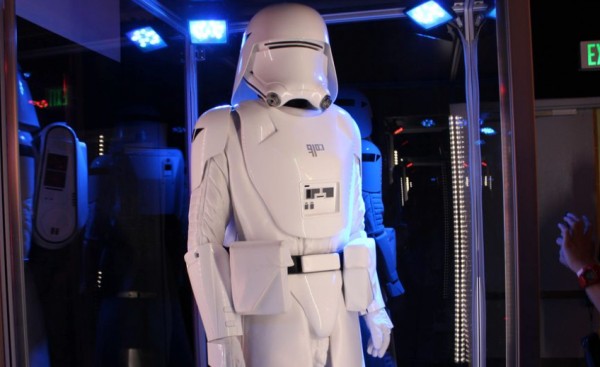 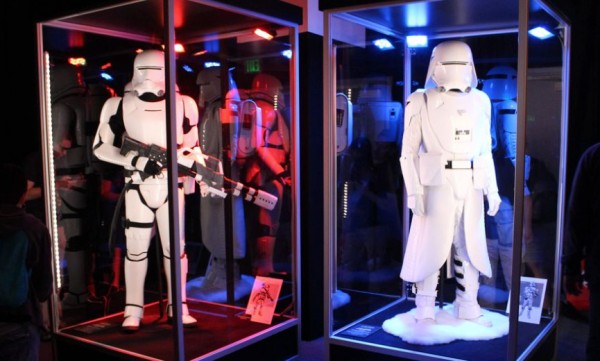 A very particular and unique prop was of course the controversial Hilt–lightsaber that belongs to       Kylo Ren who appeared on the 1st trailer Star Wars: The Force Awakens  back in November. 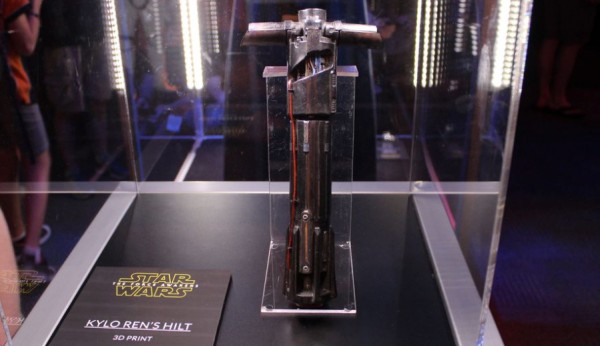 Sith Kylo Ren’s heavily modified 3D printed model lightsaber is on display here and looks like it will continue to bring great STAR WARS discussions among many fans to hold us till December. 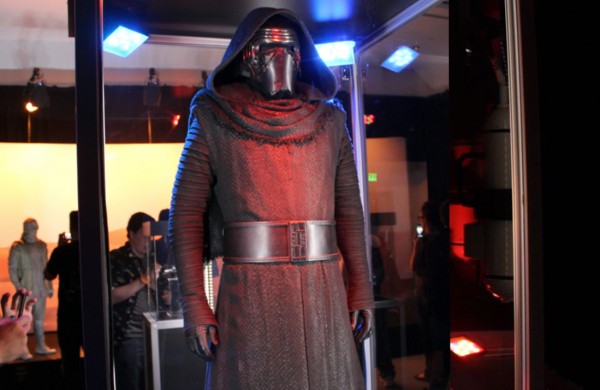 The new Sith Kylo Ren is rumored to be traveling all over the galaxy looking and collecting for  Sith goods and dark side ancient relics.