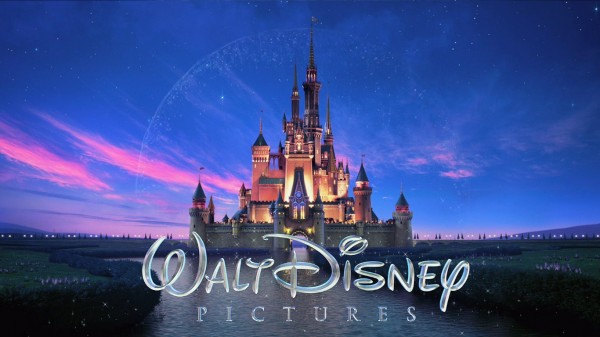 Cinemacon isn’t a highly advertised convention. In fact, most of you readers may not have heard of this convention until this writing. Quite frankly, this is one I got to give credit to comicbook.com for breaking. However, this doesn’t mean it’s a weak convention. Disney decided to drop a huge tidbit this week by showcasing the release schedule for ALL the Disney movies up until Summer 2017. This isn’t just for Disney live action films, this is also for PIXAR animated films, Marvel, AND Star Wars!

Check the pic below! 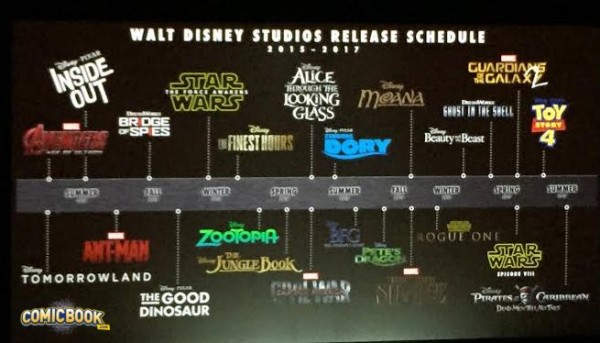 Looks like some pretty big surprises including Ghost in the Shell, a Pete’s Dragon remake, another Alice film, and Toy Story 4 (which shouldn’t really be a surprise).

Things of note: 2015 is going to hit really hard as far as blockbusters are concerned with Avengers: Age of Ultron, Ant-Man, and Star Wars: The Force Awakens. 2016 isn’t going to be as big, but with Star Wars ending off 2015, Captain America: Civil War, Doctor Strange, and Finding Dory will hold us off until Star Wars: Rogue One. Then it’s off to a huge start in 2017 with Ghost in the Shell, Star Wars Episode 8, Guardians of the Galaxy 2, Toy Story 4 and the new Pirates of the Caribbean.

It’s going to be a very exciting next two years! 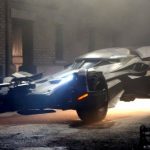 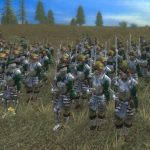