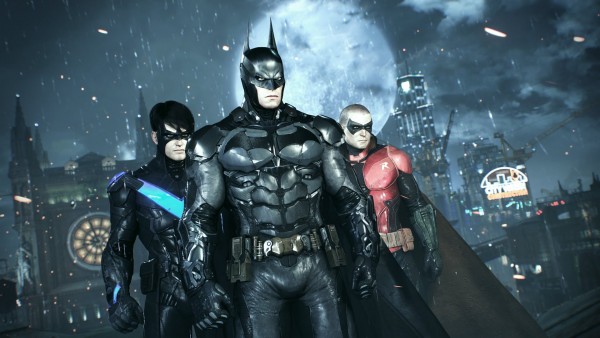 Warner Bros Games has released a new trailer for Batman: Arkham Knight. This new trailer reveals Batman’s allies Catwoman, Robin and Nightwing, and features a face-off against Scarecrow’s evil army. The game will have new “dual play” mechanic via which the player will be able to switch seamlessly between Batman and his allies. The latest and final entry into the Arkham series was introduced, and courtesy of Interactive Entertainment.

Watch Batman: Arkham Knight “All Who Follow You” trailer below.

Batman: Arkham Knight will arrive on June 23 for the PlayStation 4, Xbox One, and Windows PC.