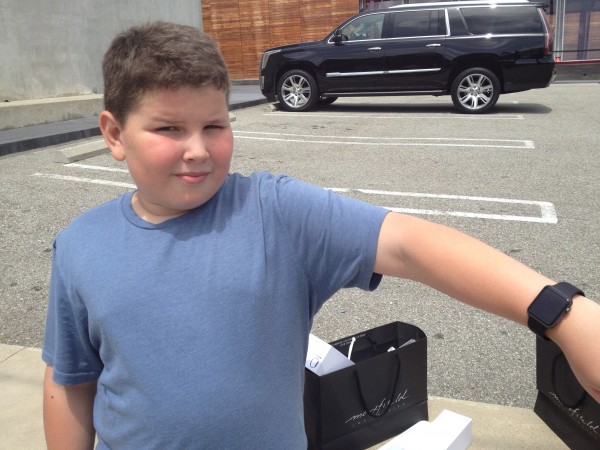 “This is best day of my life.” – Xander, Apple Watch owner

Last Friday I was driving by Maxfield’s on Melrose and saw a line wrapped around the corner. When I checked to see what it was all about, it turned out Maxfield’s was the first store to sell the Apple Watch and people had lined up since the night before to buy one. I interviewed a few satisfied customers on their way out from Maxfield’s to get the first interviews with Apple Watch owners!

Our subjects were Andrew, Roger, Steve, father and son Ilya and Xander, and coworkers Tereza and Adrian, a selection of men and women, all ages and with different reasons and needs for buying the Apple Watch. Thank you for speaking to us after staying up all night standing in line!

First things first. If you’re going to be wearing a watch on your wrist all day, it has to feel good. No matter how many things it can do, it won’t matter if you want to peel it off your wrist. The customers were unanimous that the Apple Watch feels great.

Roger: It actually feels really nice. It’s got a nice solid feel to it. The support bands are nice. Even though they’re rubber, it’s a nice rubber feel.

Tereza: It feels amazing. After [Adrian] gets his sleep I think he’ll be happy. It’s beautiful. It makes you feel luxurious.

The Apple Watch made watch wearers out of many, but even those who wear watches already felt it an improvement.

Steve: It feels more comfortable than the other watches I’ve had.

Andrew: I think it looks great. I think it’s definitely a step up. If you look at this, the Pebble is just awful but it’s very functional. The Apple Watch is more about form and function.

We got to watch Xander try the Apple Watch on for the first time.

Xander: We both got the same one. It’s the black Sport. Let’s open it up. Here it is. Oh my God, this is the best day of my life.

When asked what previous days this replaced on his list, Xander could only compare it to the one where, “I got to drink hot chocolate.”

So, like any smart device, phone or tablet, everyone has different features they want to use. Our customers described their favorite Apple Watch features.

Steve: Well, I really to tell you the truth just turned it on, but I did work with it in the store. I loved everything about it really. The running app, the To Do List which pairs with the one on the phone. Receiving texts, receiving calls.

Xander: There are new ways to connect with this Apple Watch and that’s what I’m mostly excited about.

Andrew: Just the notifications because I have a Pebble now and I really value those on the Pebble. Just looking forward to the better quality screen than I have now. I’m very curious about Taptic Engine, how well that works.

Ilya: I think it will be pretty convenient to do the texts and the calls without having to dig in the pocket, check messages and so forth. We’ll see. I’ll be waiting for the version that comes out with the camera in it so I can FaceTime with it.

Tereza: The phone calls the wrist.

Apple has truly evolved if we’re now using their phones for apps and their Watch to make phone calls. Tereza and Adrian won’t even have to hold their Watch up to their wrists to talk.

Adrian: I think it’s louder than the actual phone speaker, so that’s what I heard.

There is, however, still room for improvement in one feature according to one new Watch customer.

The Apple Watch is Apple’s first foray into fashion. As sleek and stylish as their phones and tablets have been, the Watch is something people are actually going to be wearing as an accessory. In that regard, it gets high marks.

Xander: I wore the Nike FuelBand. [The Apple Watch] has a touch screen. So that’s I think the best thing about it. It’s just like an iPhone on your wrist and it’s very stylish. I like it a lot.

Ilya: I will wear nice watches when it’s appropriate going outside. I don’t usually wear a watch so I think I’m actually going to be wearing a watch regularly now. The black or space gray Sport. The 42 millimeter $399 model, like the entry model, that’s all I really wanted. I kind of want the functionality but we got the wife a nice looking Milanese one, the silvery. So the wife got a nice pretty one. We each got a Sport.

Any time people line up for an event, whether it’s to buy concert tickets, movie tickets or a high tech product, it is an opportunity to make line friends. You’re going to be with these people for a long time anyway, but if they’re there they already share a passion for the same hobby and a commitment to getting there first. That’s something over which to bond and the lineup at Maxfield’s was no exception.

Andrew: I arrived here last night about 11 o’clock. Actually the person next to me, we were chatting quite a bit. He’s a nice guy.

Zack was not even waiting for his own watch. He was buying it for his sister.

Zack: I met a couple nice guys. Everyone’s really enthusiastic about the product so it was nice. Good people here. No one’s too upset about the wait. Basically I got here around 9:30 last night, 9:30/10. Then I fell asleep around two in the morning, woke up around 4:30, fell asleep again, woke up around 7, fell asleep for like 30 minutes. And then the line started moving around a little bit before 9. So I was probably 100 people back and it took me another three hours to get in. About three hours after the line started moving, I finally got my product.

Not everyone had to wait though. Maxfield’s did take appointments.

Roger: We had an appointment actually. Somebody on our team knows somebody at Maxfield’s so we were able to get our appointments.

Or sometimes it helps if you just know the right person in line. Adrian waited 12 and a half hours, so Tereza wouldn’t have to.

Tereza: I just joined him kindly.

Some people even got in line early in order to scalp the tickets later. I know because one guy offered to sell me a ticket. We at Nerd Report are against scalping so we support the people who made it a bonding experience overnight. Or at least early Friday morning, like Ilya and his wife and son.

Ilya: We got here early in the morning and waited. They passed out the tickets. We got here in time to get our tickets and we’re lucky enough to get in there. The selection was a little bit limited by the time we finally got in but the ones we wanted were there anyways.

It was a good family experience too. 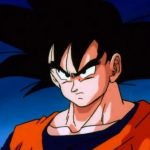 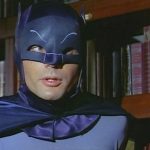