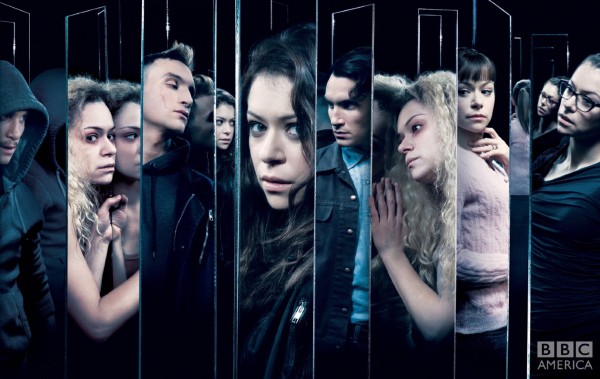 John Fawcett and Graeme Mason co-created Orphan Black but until season three, I had never met Fawcett. It was usually Mason representing the show. When BBC America presented the third season to the Television Critics Association, this time it was Fawcett representing the writers while Mason was absent.

Nerd Report: This is the first time we’ve met. Usually Graeme comes to these. 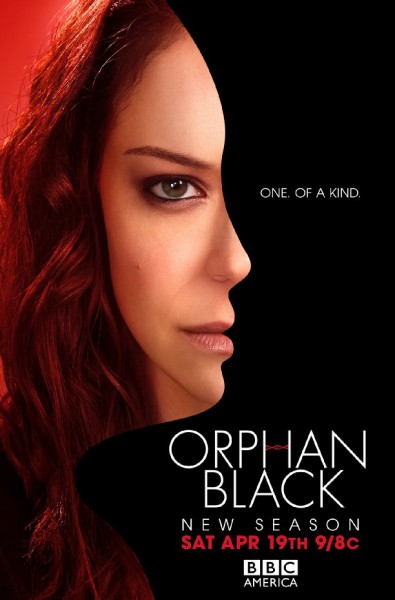 John Fawcett: Yes, Graeme’s come for the last two years because I’ve either been prepping or directing. This year I’m only directing three episodes rather than four. He stayed behind. He’s there in a writing frenzy right now.

Nerd Report: And it had to be something that doesn’t actually exist, right?

Nerd Report: Are Alison and Donnie on the same page now? Is even he in the dark now?

John Fawcett: I think one of the exciting things about this season for Alison and Donnie is that this is going to be the first time that we really see them on the same page and kind of working together. It’s a nice new dynamic for the season. A lot of that story and the fun of that story is that Donnie’s kind of been in the dark to a large degree. The two have been very separate from each other, together but separate. This year it’s nice to have them a little more on the same page and working like Team Hendrix.

Nerd Report: Are you planning to have scenes with multiple Aris and multiple Tatianas?

John Fawcett: We are, yeah. Most certainly.

Nerd Report: Does that become exponentially more difficult to shoot?

John Fawcett: Yeah, any time you do clone stuff it’s complicated. Because we’re not a huge budget show and because there is only one Ari and there is only one Tatiana, part of the challenge of the show is writing it in a way that it’s still produceable. And being clever about how often you’re going to put them together and where you’re going to put them together because it’s incredibly time consuming when you do it. Yes, you’re definitely going to see them.

Nerd Report: Could you shoot them in pairs of Ari and Tatiana, or do you have to shoot them each solo and paste them all together?

John Fawcett: You’ve got to shoot them all separate. It’s all in separate layers. Whenever you see a clone scene, for example the four clone dance party, it’s all in layers. A Cosima layer, a Sarah layer, a Helena layer and an Alison layer.

John Fawcett: Oh, probably. We haven’t gotten to that part yet in shooting where that has been necessary, but I’m sure if and when that day comes, we will rise to the technical challenge and figure out how the hell to do it.

Nerd Report: Is there something different about male identity, when you think about sharing your image with other clones, than for a woman to experience that? 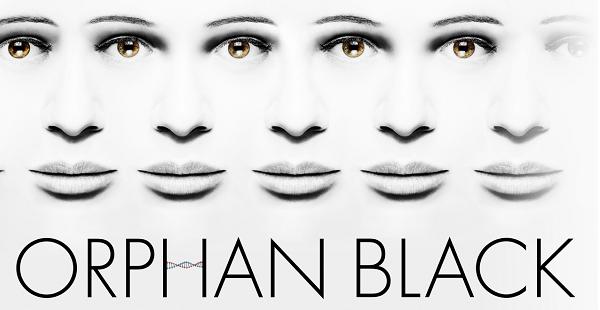 Nerd Report: When you introduce a new clone, do you write a full biography for them?

John Fawcett: There is a lot of emphasis on character development, on backstory, on who this person actually is. We involve Tat very strongly in those discussions and let her be a part of trying to create the character. A lot of those big decisions involve he. And trying to play to some degree what she believes she can pull off. But at the same time, always trying to challenge her. Like always trying to go, “Hey, what if we did this? What if we did this character in this way?” She really shines as an actor when you throw her big challenges that make her a little afraid, because she is not one to shrink from, “Oh my God, I don’t know how I would do that.” She always gets very into starting with an idea and loving an idea, and then trying to go, “Okay, how do I do this?”

Nerd Report: I was sad to see Matt Frewer go because he was so deliciously evil. Was that a tough call to make?

John Fawcett: It was tough because I loved Matt. I love Matt as a person and an actor and a character on the show, but that was a decision that got made back in season one that that character was definitely going to go. That being said, we didn’t know exactly how he was going to go until we were well into writing season two. Graeme had this idiotic idea that Donnie would do it. I went, “That’s ridiculous. No one’s going to believe that. How do we set that up?” We were kind of all jamming together and came up with this kind of Pulp Fiction type homage. That’s what really solidified it. We laughed about it endlessly. The great thing about Matt is Matt really truly appreciated that he knew his character was gone. When we brought him back in season two, we’re like, “Dude, you’re dying this year.” So he knew it was coming. He didn’t know how it was going to happen and when he read it, Matt just was like, “This is the most amazing way I could go out. This is the most incredible death ever.”

Nerd Report: So it was intentionally Pulp Fiction?

John Fawcett: Well, certainly when we started laughing about it and talking about it, everyone’s seen Pulp Fiction and you can’t get away from that as a comparison. We just jokingly called it an homage, let’s just say that.

Nerd Report: Your original idea began with seeing your double commit suicide. From there, have you surprised yourself with how expansive this mythology has gotten?

John Fawcett: It surprises me every single day. I wasn’t even sure if people were going to go [along with it]. I thought there was a very big chance that we might just get laughed off the air. It blows my mind every day how invested people are in the characters, in the mystery and in the story. Now it’s really about how far can we go? How deep can it go? How big can it go? Where can we evolve to?