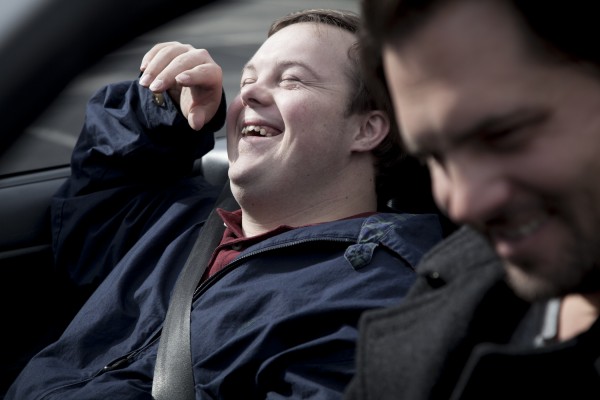 This is a big weekend at the box office, where Mad Max: Fury Road and Pitch Perfect 2 will each try to dethrone The Avengers: Age of Ultron and each other for the top spot. They’re not the only movies opening though. There’s another one, called Where Hope Grows, as well as new Van Damme and Steven Seagal movies in limited release and VOD but we’ll get to those another time.

Where Hope Grows stars Kristoffer Polaha as Calvin Campbell, a former baseball struggling with alcoholism and raising his daughter Katie (McKaley Miller). He meets a man with Down Syndrome at the grocery store, nicknamed Produce, and forms a mentorship relationship that helps them both grow. For example, driving Produce to church introduces Calvin to faith. David DeSanctis plays Produce in his first movie role. Polaha and DeSanctis spoke to journalists in a roundtable interview and here’s what they had to say about Where Hope Grows, in theaters May 15.

Q: How did you develop such great chemistry?

Kristoffer Polaha: You know what was amazing is that there wasn’t much of a buildup. I met David two days before we started shooting. We did a rehearsal, like a read through of the script in a hotel room in Louisville, KT. It’s funny, I remember, I went to NYU for acting and there was this one teacher. She said kids either have it or you don’t have it. There’s this weird little quality, you can call it charisma, you can call it whatever you want but David has it. He was able to get on set and just be present and alive and listen and respond. Chris Dowling also gets a lot of credit. He’s the director and writer. He gave me as an actor the freedom, and he said to me before we started shooting, “Listen, if there’s ever a moment where you just need to go back in the script and just ease back into the scene and go back and try it again, whatever it is. Which is a freedom I wish I had in every job, because all of a sudden, if I say something and I’m like, “Hold on, I want to say that again,” there’s no time for it. David was awesome and responsible enough to just keep flowing with it and to stay in the moment and character. The chemistry was instantaneous and it was organic.

Q: Did the twists and turns of the story attract you to it?

Kristoffer Polaha: What’s funny is I was at my Malibu house and I was asking my manager and agent to send me scripts because I was on a TV show called Backstrom on Fox. We did the pilot and we were in this long wait pattern to see if we were going to get picked up. I was sent all these weird saccharine right on the nose offers. I literally read five scripts in a row that were just like, you know? Those things that you’ve seen and they go straight to TV and you’re like, “All right, I’ve seen that. I’ve done that.” Then I got Chris’s script and there was something very edgy about the feel of it, which translated thank God onto the film because I think if you’ve seen it, it doesn’t look at all like, and I think we can call them what they are. There’s faith films and they’re very saccharine and they’re sort of preaching to the choir. They’re talking to an audience that’s already sort of converted. Chris’s thing was: I’m just going to make a movie that’s a movie for everybody. It looks like an indie film that you’d go and see and it talks about alcoholism in a way that is adult and mature and helpful. It talks about the Down Syndrome community in a way that we’ve never seen in a major media portrait. It’s a movie about redemption and second chances. Who doesn’t long for that at certain points in your life?

Q: You can’t show redemption if you’re not willing to show sin. You can’t be squeamish about the hard stuff because that’s what makes the payoff.

Kristoffer Polaha: I think the conversation that no one’s had yet today is that we live in a world, and it doesn’t matter if you’re Christian or Jewish or Muslim or atheist. It doesn’t matter what you are. We’re human beings and we all share this story or this life. We are on a steady march towards the grave. The thing about media and movies and art is that it’s a quick respite from that march. You take a minute to look at your life and to sit in a dark room with strangers, or if it’s at home, and you get to focus on other people for a minute. It gives you a chance to reflect and I think movies, it’s like you are what you eat. If you just keep putting stuff in that’s violent or aggressive or sexual, whatever that is, it wears off on you every once in a while. So to be a part of something that is really, I think, well done and feeds the soul in a way that is mature, because we’re all a little broken. That’s what I love about movies and that’s why this one spoke to me specifically.

Q: Where do you think the balance is between a movie that’s aspirational and inspirational, and something down and dirty?

Kristoffer Polaha: We can talk about this weekend. May 15 is an amazing weekend for movies. You’ve got Mad Max which is literally shoot ‘em up, blow ‘em up, get in the car, go crazy, apocalyptic desperate hopeless nihilistic dystopian. That’s your Breaking Bad for the weekend. And you’ve got Pitch Perfect 2 which is your fantasy, literally a musical and it’s going to have these moments. And then you have this movie that’s going to be smack dab in the middle. Calvin’s journey is raw. Down Syndrome is a raw subject to talk about and to address openly and honestly. Yet, it is a really hopeful, inspiring film. So you’ve got to pick and choose.

Q: Adults with Down Syndrome don’t get talked about as much as children.

Kristoffer Polaha: David, you can speak to this too. It’s a quadrant of our society which is at once sort of paraded and sort of celebrated in one way, and then sort of completely set aside. Come the Special Olympics it’s awesome and let’s talk about it but then past that, it’s like all right.

David DeSanctis: I’ve actually actively participated in Dreams with Wings. I’ve gone to the Dreams with Wings Down Syndrome of Louisville’s Summer Camp. Another side of Dreams with Wings besides the summer camp is the Independent Living. I’ve been an advocate for others that have Down Syndrome or special needs or intellectual disabilities. I really need to say my friends who are past 26, 21 or over 18 to speak up for themselves. If they still live with their parents, they need to speak up for themselves for them to live on their own, to take care of themselves, to pay the rent, which I haven’t paid the rent for this month with my parents. Sorry about that part. I’m late. Anyway, what I really need to say is that I need young adults or adults that have these intellectual disabilities to really bring themselves out there, out in the community, out in the city. To get themselves, not a job, not a part time job, not a career, not a part time career. I want them to really discipline themselves and commit themselves and dedicate themselves to push themselves forward and towards everything of life, of what life really means. To really live on their own.

Q: Did acting come naturally for you? What advice would you give to people for acting?

David DeSanctis: Even though I’ve gone to acting classes, the advice that I would give to other actors and actresses is wether in high school or elementary school, because my dad taught in a performing arts elementary school called Lincoln back in Louisville. If you know more people who want to act, start in elementary. There’s a performing arts elementary school called Lincoln Performing Arts Elementary School. Then after that go to typical other schools and then take drama class, be part of the drama club and major in acting in college. Go to acting classes for college. The best college, before high school, the most perfect acting school there is is up in New York. It’s called Juilliard. Juilliard is the most perfect, pitch perfect college. It’s the best acting college there is on the face of the whole planet.

Q: Produce is so loving. How have you seen giving someone a hug change their attitude or the way you live life?

David DeSanctis: According to Calvin Campbell here, Produce gave him the very first hug was like why is giving me a hug? Then later he half accepts the second hug. Then for the third one, he really bent all the way in for a full size hug. Like a full size bear hug.

Kristoffer Polaha: Can I ask you a question? Did you cry in real life?

David DeSanctis: Yes, I did. I really cried in real life in that scene, the final hug. I give him the hug and I really cried. The reason why I really cried there is because of what Calvin said to Katie. That was so moving to me that I actually did cry when I saw that part in the movie, me as a spectator in the audience. That he loves her so much that he wanted to give everything to her. That’s how I felt that day, me giving that hug to Calvin Campbell in the grocery store. That’s the reason I cried.

Q: The scene where you try to pray and don’t quite know how to do it at first probably rings true to a lot of people coming to faith. What do you hope gets translated in that scene?

Kristoffer Polaha: I hope that the movie is an honest portrayal of a guy’s journey into faith. If you don’t know, in this case, Jesus, then how do you meet him and how do you start that relationship? I think that in my journey and all of our journeys we meet people and you’ll say, “Well, do you believe in God?” You’ll meet some people who are like, “Yeah, there’s something out there.” And what is that? What is that relationship? I think that was what that scene was really trying to [convey]. You want to reach out and you want to hope that there’s something that can help you in your life, and so he was reaching out for that. And then when he was talking to his daughter, I love that answer. He’s like, “I don’t know.” Why would he know? It was just honest. Is God this genie in the sky who makes everything perfect all the time? Obviously not but you kind of hope [he’ll answer yours].

Q: Does the Where Hope Grows have a lot in common with Backstrom, especially that season finale?

Kristoffer Polaha: It’s interesting that they’re really parallel projects for me personally. Not that I’m going through any faith struggles but in a weird way, honestly, as an actor, as a Christian, there was a long time where I was just like, “I’ll just quietly let my light shine.” Then all of a sudden I’m in two projects that both of them are out and out [faithful]. It isn’t the same world that it was five or 10 years ago. 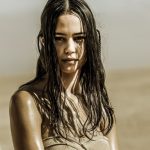 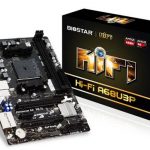