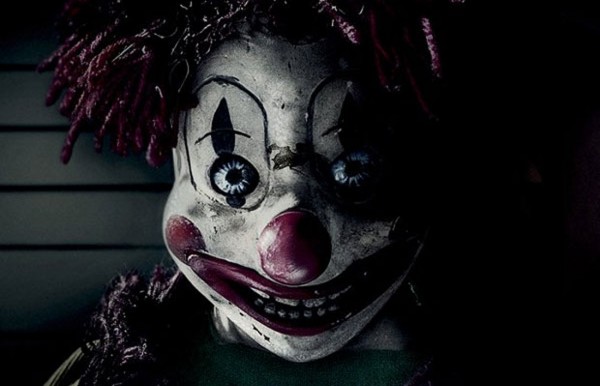 I have no attachment to the original Poltergeist. It is a movie I’ve seen and respected, but I don’t have a problem with seeing a new one. I suppose for me, the best remakes are the ones that can actually be considered new sequels. This could be Poltergeist IV. It’s a new family, in strikingly similar circumstances, but modern updates. That’s kind of what a sequel is anyway. Filmmakers hate when I say their remake is really the next sequel because they want to believe they’re doing something completely different, but then if you’re really jonesing for originality don’t make a remake. If I think your remake is a great sequel, accept the compliment from Franchise Fred.

The Bowen family has to move into a cheaper house because of the economic crisis. It turns out some supernatural stuff is going on in the new house. It starts out fun and playful, but quickly becomes apparent they are coming for the new owners and their kids. They even take little Madison (Kennedi Clements) through the TV. That’s what poltergeist do.

So you can see they are not afraid to include the most famous gags from Tobe Hooper’s classic, nor should they be. As the long awaited sequel Poltergeist IV, I expect it to have some callbacks to the original trilogy. Certainly you wouldn’t want to see a sequel without the series catch phrase, so I love the different inflection on “They’re here.” There is a vomit scene I choose to interpret as a callback to Poltergeist II and you can’t stop me. The rope scenario is the same, because that’s the procedure for dealing with poltergeist, just like an exorcism is the procedure for every possession. The reason the poltergeist are angry is the same as the original too, though not really played as a surprise twist anymore, which it shouldn’t be when the original already exists. But I wouldn’t put it past some shady realtors in the ‘00s to to pull the same sh*t as Cuesta Verde.

Modern TVs have much bigger screens, so there is more room to play with, but I love all the new original gags screenwriter David Lindsay-Abaire  and director Gil Kenan came up with. Every character has something coming after them, and the kids get to be the heroes which is very Amblin. There are great moments for the audience to collectively whisper or scream, “Don’t look in there!”

I really like the Bowen family. Their relationships ebb and flow between love and conflict like a real family, so it’s neither too “perfect” nor dysfunctional. The parents (Sam Rockwell and Rosemarie DeWitt) support each other, and have a healthy sense of sarcasm about some of the futile attempts at parenting no one can win. I think the eldest daughter (Saxon Sharbino)’s final line to her father is a brilliant riff on the Hollywood rebellious teenager arc. It’s possible I’m reading too much into that, but this is a Pulitzer prize winning playwright we’re talking about. Middle son Griffin (Kyle Carlett) captures the frustration of being old enough to help but too young to be taken seriously.

The paranormal team bears a fun update too. I suppose the modern equivalent of a Tangina is a Ghost Hunters reality TV host (Jared Harris), but it’s relevant and plays the shame of selling out more than the huckster seeking redemption. His team are real world skeptics too, ruling out logical possibilities along the way.

The critiques I have are one technical and one minor one. The 3D was pretty horrible. A few sticky outty gags are nice, but through the whole film the characters looked jittery, like a bad digital glitch. I’d rather just watch 2D of a solid image. Thematically, for all the modern socio-economic update, I left the movie still worried about this family’s finances. I mean, the point of the movie is how they survive a poltergeist attack. It’s not meant to solve the economic crisis, but something tells me they’re going to be even deeper in the hole and the realtors aren’t going to be accountable for anything. Friggin’ real estate. 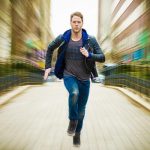 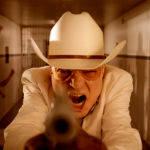