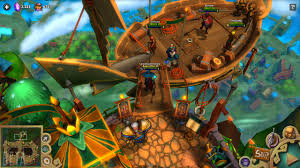 Trendy Entertainment and Human Head Studios has announced that Dungeon Defenders II is set for the PlayStation 4 and it will hit later this year.

You can now play Dungeon Defenders II on Early Access on Steam It will be released as a free to play title on PC and PS4 soon!