I’ve been really disturbed this summer to read reports on the failure of Tommorrowland that refer to it as an original film. Industry standards like The Hollywood Reporter and Variety have labeled it as an original. The analysis of Tomorrowland is a separate issue. As a simple matter of classification, Tomorrowland is adapted from a pre-existing intellectual property. In fact, it is named after it. 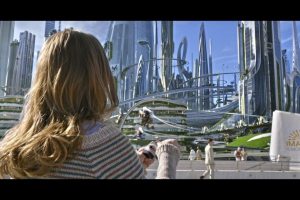 I understand the confusion. When we talk about adaptations it’s usually adapted from a book, comic book or previous film where the narrative is transposed to a new medium. But the world is getting bigger and source material more diverse. When the filmmaker has to invent the story, that’s still the task of adapting. Pirates of the Caribbean was an adaptation of a ride. Tomorrowland is the adaptation of a theme park. The elements in Tomorrowland existed before the movie did. I’ve been to Tomorrowland, seen it with my own eyes.

Another confusion is that we use the word “original” as both a noun and an adjective. I am talking purely about the noun here. Many adaptations and franchises are wildly original creatively, but a franchise is not an original, even if it’s part one of a hopeful new franchise.

Some of those articles linked above quote Disney chiefs referring to Tomorrowland as an original. Do they not even realize they’re extending a franchise from their own company? If you’re really so heartbroken your “original” film did poorly, try making a movie that’s not based on any intellectual property and see how that feels! Could it be that Hollywood is so used to making sequels or comic book movies that they actually believe Tomorrowland counts as an original?

Distinction between an original and adapted/franchise property is not a value judgement. It’s well known I love franchises and sequels. That’s why I’m Franchise Fred. But we need originals to start new franchises so I’d hate to see any less development lavished on originals. Certainly, I don’t want originals blamed for a franchise failure. If a franchise fails, it will probably get another chance. When a real original fails, that’s it. 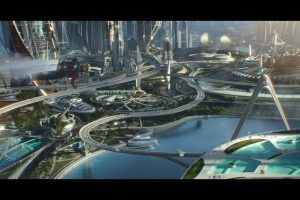 An original film is one who’s conception began as a film. A film adaptation crafts a film out of a source from another medium, including intellectual property. If Brad Bird, Damon Lindelof and Jeff Jensen invented a fictional utopia for their film, it would be an original but it probably doesn’t get greenlit unless it’s Disney World’s theme park with materials from the Disney archive that can cross promote with other Disney brands through corporate synergy and sell more park tickets. Or, if they started as an invented fictional utopia and decided to make it Tomorrowland, the film reaches the screen as an adaptation. That’s the process of development.

It gets a little gray when we talk about creative inspiration because it may be a slippery slope. Every artist is inspired so where do we draw the line between inspiration and adaptation? There’s the theory that there are only seven original stories anyway. That would mean everything since those seven has been an adaptation. That’s a bit extreme. While there are certainly archetypal stories, I give credit to artists who invent new versions of archetypal stories.

I’m talking about when a film is a direct extension of a franchise from another medium. I’ll surely find more exceptions but I think a corporate property is firmly in franchise territory. This doesn’t mean they can’t inspire some of the greatest creativity. I don’t think the makers of The Lego Movie would deny they were hired to make a good movie out of a toy, but they exceeded the task and made one of the most creative movies I’ve ever seen. I’ve championed the creativity of The Lego Movie.

I wouldn’t get this worked up about Ouija, on the other hand. While it was produced in conjunction with the product sold as a board game, it’s not a stretch that a screenwriter could write a horror movie about a Ouija board. That’s closer to inspiration. Plus there have already been horror movies about Ouija boards. Officially licensed Ouija was late to that party, but I believe they claimed the Parker Brothers tie in. So those are my extremes.

Originals can dabble in preexisting properties. Toy Story features licensed products like Mr. Potato Head and Slinky, but its main characters were original as is the universe it created. They just invited popular toys to play. Wreck It Ralph was inspired by real video games and included licensed cameos from Mario, Sonic and more. Same scenario, Fix It Felix, Jr. and Sugar Rush were original and the real games were invited in. Last Action Hero played with Arnold Schwarzenegger’s real persona and legend, but invented its own world including a whole Jack Slater franchise that didn’t exist. It was not an adaptation of Schwarzenegger’s previous films, nor was Scream an adaptation of Halloween. Tomorrowland was in house Disney. No other studio could’ve gotten the rights. And it is about Tomorrowland, not an original creation with a Tomorrowland cameo.

The originals that are in trouble are the ideas that can’t guarantee a merchandising line or ancillary revenues. It takes a James Cameron to get Avatar made (with full intention of franchising mind you) and a Christopher Nolan to make Interstellar. Which shouldn’t be a hard sell either. Space opera by the Inception guy. Spielberg also had a hand in Interstellar, so is that an adaptation? No, Spielberg always intended it as a movie. It could be a cowriting story credit between Spielberg and Jonah Nolan, but originals often change hands and had rewrites.

Adaptations can create original characters, like The Fast and the Furious based on the magazine article “Racer X.” There was no real Dominic Toretto or Brian O’Connor. Still an adaptation, for purposes of classification. More conventional adaptations like Lord of the Rings invented and composited characters too. It’s common in adaptation.

Why Do Franchises Want To Be Originals? 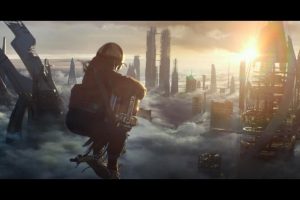 I think Bird and Lindelof were pretty up front that they were culling form the Disney vaults and trying to bring the theme park to light, so I don’t know why any Disney execs would claim it was an original. Franchises may be having an identity crisis where they’re doing really inventive things like shared universes and unconventional source material. So maybe they feel like they’re not what franchises used to be. It’s a good thing creatively, but Franchise Fred is here to say it’s ok to be a franchise. Embrace your full power as a franchise and fulfill your sequel destiny. It’s what you were chosen to do.

We saw something similar with “re-imagining” replacing “remake” and “reboot” replacing “prequel.” The marketing idea is people creatively judge sequels harshly. They shouldn’t, but that’s another Freditorial. You can’t have it both ways. You can’t benefit from the good will and brand awareness of a franchise but deny its connection to the franchise. Remakes want people to recognize the title and Tomorrowland was hoping that enough people loved visiting Tomorrowland with their families to see a movie about it. Just because you’re the first one to turn a franchise into a movie doesn’t mean it’s an original film.

Shared cinematic universes are establishing their identity as big studios are planning superhero, monster movies and possibly even Ghostbuster movies. Perhaps they feel they are forging ahead in such a new frontier that they don’t know what to call themselves. Henry Cavill is saying Batman Vs. Superman is not a sequel. It’s a new adventure that introduces Batman and other DC characters. I appreciate the sentiment but as someone who loves sequels, stop denying me the thing I love about sequels! I want to see the universe expand and Cavill return as Superman.

A sequel is simply the next movie that comes in the series. There’s no reason to be ashamed of that. They will make Man of Steel 2 just like Iron Man 3 came after The Avengers but The Avengers was still a sequel to its characters’ previous solo movies. If it were a new Superman actor maybe, as there are multiple separate Batman series. But this is Henry Cavill’s Superman in a new comic book adventure that follows Man of Steel. I’m pretty sure Abbott and Costello Meet Frankenstein was technically a sequel to the monster movies that came before it too. The Bond movies are sequels. Even after the reboot, Spectre is still Bond 24. Never Say Never Again is out of continuity, but it’s not an original under any circumstances. It’s a remake of a sequel based on a book.

Maybe a shared cinematic universe warrants new terminology, something incorporating sequel and spinoff. Spinquel? But if comic book movies can’t even agree that they’re sequels, maybe the people who make movies out of theme parks are confused too. Tomorrowland is not a sequel, but they were hoping to make Tomorrowland 2. But not being a sequel doesn’t make it an original either.

Movies are a creative art so there is no objective rulebook for success and failure, but I can guarantee it’s not “All franchises do well” and “all originals do poorly.” Spy is a hit. Where are all the articles praising the success of an original non franchise movie in a summer full of sequels? Spy is an homage to a popular genre but one created exclusively for the film. Well, at least it’s getting credit for being a female led comedy hit. That’s good too.

San Andreas also did well, based on no other intellectual property except the fact that earthquakes happen and The Rock is awesome. I’m going to go out on a limb and say Inside Out is a lock too. Originals are doing just fine. Its the franchises that are running out of material, because there’s only so many existing intellectual properties before you have to create something new.

If we’re going to discuss originals versus franchises we should discuss the full breadth of both originals and franchises. By not taking risks on new ideas, studios are not creating the next Star Wars or The Matrix. But there are pros and cons to both. Plenty of “original films” are just as derivative and poorly received as their franchise counterparts. That means you have to make them better, not give up on them. Franchise films can be some of the most creative, as sequels are forced to find new stories or create stories out of non narrative entities. See the above example of The Lego Movie creativity.

Theme park franchises are still new. What works for Pirates won’t work for Tomorrowland, although that’s not the approach they took anyway. There was more to Pirates of the Caribbean than just the name of the ride. It is a genre worth figuring it out, but it’s a mistake to classify it as an original. That is an entirely different set of factors which should also be explored. How do we create originals that will succeed, create franchises (or one offs. That shouldn’t be off the table) and appeal to audiences? There are different risk factors, short hands that can be applied, risks better calculated than others, but the macro issue is simple. Original still has to be good.