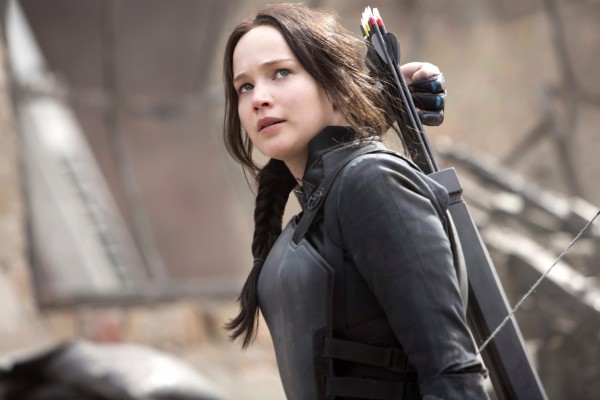 The panel for Hunger Games: Mockingjay – Part 2 has just finished in Hall H. Director Francis Lawrence, producer Nina Jacobson, and stars Jennifer Lawrence, Josh Hutcherson, Liam Hemsworth, and Willow Shields just finished their presentation and this is a few highlights from the Panel.

With brining the franchise to a close, producer Nina Jacobson said it’s been “a combination of trying to really nail it, and to make sure that it is really satisfying to a core.”

This is where Katniss gets back into action, after being a bit sidelined in Mockingjay – Part 1. “We get some real battle footage, and it’s some really exciting stuff.” Said Francise Lawrence.

Following up on the cliffhanger from Mockingjay – Part 1, Josh Hutcherson said, “It’s a long road to recovery… In this movie they’re really trying to rehabilitate him and use him as a good guy to help the cause.”

Hemsworth had this to say about his character in the upcoming film. “Gale’s kind of been on the sidelines for a long time and kind of watching things happen, and he’s now fully in the mix.”

The dynamic and evolution of Katniss and Primrose’s relationship grows more in the final film as we see Primrose taking care of Katniss more then the other way around.

Jacobson says that Part 2 is when Katniss finally takes control of her story and her overall destiny.