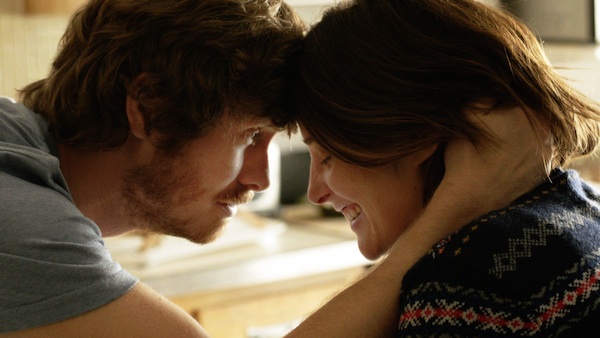 The Sundance hit Unexpected is out in theaters and VOD this weekend. The film stars Cobie Smulders as Samantha, a schoolteacher who gets pregnant with her boyfriend and decides to have it. At the same time, she’s losing her job and trying to help a student (Gail Bean) get a scholarship.

Anders Holm plays the supportive boyfriend John. While John and Samantha have a sense of humor, this is not one of those comedies where they’re at each other’s throats. Writer/director Kris Swanberg made a comedy about supportive relationships. I got to speak with Holm about his role in Unexpected which opens July 24.

Nerd Report: Was it refreshing that the couple you play has a really healthy, cooperative relationship?

Anders Holm: Yeah, it was refreshing. My character, John’s part is a nice part but it’s a small part in the story that really attracted me to the movie which was two women discussing their different philosophies on what you should do. There are so many movies about a father to be and a mother to be having kooky all out arguments in the rain, so this was just refreshing for me to see something a little bit more mature and a little bit more from a women’s perspective. They’re the ones having the baby, you know.

Nerd Report: Mature is another really good word for it. Was that also appealing that it was a mature couple who knows how to talk about their problems?

Anders Holm: Yeah, and for me coming from a school of quite immature behavior, other projects I do are not so grown up you could say. It was fun for me to do something a little bit more appropriate for my parents to see.

Nerd Report: Kris even said most of the comedies about pregnancy are from the man’s perspective, like Nine Months and She’s Having a Baby. Did that ever seem strange to you before?

Anders Holm: As soon as I read the script and sat down with Kris who was able to further illustrate how the movie was going to play out, you started to realize oh yeah, it’s fun to watch a guy flounder and realize that his life’s over and that he can’t be a bachelor anymore. It’s the final nail in the coffin of youth. As soon as you have a kid, it’s over. You’ve got to have a minivan, you’re no longer cool, that kind of thing. This didn’t deal with any of that because that’s all kind of superficial and bullsh*t. This is like how are we actually going to raise this child?

Nerd Report: Right, I don’t have kids myself yet but I always resented that perspective that you’re supposed to dread it, as if it’s not something exciting to welcome into your life.

Anders Holm: I mean, it’s all those things. It’s real. Just like anything in life, yeah, people are supposed to love weddings or whatever, but also there might be a family member who couldn’t make it or a family member that died and couldn’t be there to see it so it’s a bittersweet thing. Depending on the personality of the person in the situation, you’re going to get a different story every time.

Nerd Report: Gail and Cobie are extraordinary in the movie, but it did stand out to me that Cobie and your relationship was very mature. Were you surprised to see how much of an impact your role has, even if it’s more in the background of the story?

Anders Holm: I think my beard had quite the impact. That made me seem a little more grown up. But honestly, um, it was a cool thing. For me, first of all, since I was only in the movie a little bit, I actually got to see the movie, tune out when it was my parts and watch Gail and Cobie just tell their story which was awesome. But yeah, as far as being part of a mature story, it’s new for me and fun and also something that in my real life I was dealing with before filming the movie.

Nerd Report: Had you just had a baby?

Anders Holm: Just had a baby, read the script and was like, “Oh my God, this is every argument or every discussion I had with my wife.” Then sitting down with Kris, she reminded me of my wife. I grew up in Chicago and had a bunch of friends who were schoolteachers in the inner city. I feel like if we stuck around, that’s probably what my wife might’ve done. She’s just that kind of personality, just passionate about her job. She does human rights work and I think being a teacher is the same thing. Your’e helping out people who are trying to figure things out as they go.

Nerd Report: When they do have a big fight, I thought they’re dealing with a lot of things they couldn’t anticipate how they’d feel until it actually happened. Could you relate to that having just gone through it?

Anders Holm: This is just my opinion, but I think a lot of times for men, because we’re not carrying the child, it’s still kind of like a far off distant thing, but women on the couch can feel another human inside them moving. So it’s already real to them. For guys, I feel like as soon as the child’s born and you hold it, then all of a sudden you’re like whoa, where’d this come from? It’s very real. It’s very apparent that your life’s changed.

Nerd Report: Did you audition for Kris?

Anders Holm: She offered me the role. It was after a sit down conversation where we talked about the movie and what I liked about it and what I’d like to see from John and that kind of stuff, and what she wanted to see and her expectations of me. I’m pretty sure she circled back to me. I’m never anybody’s first choice.

Nerd Report: Were you looking to do something a little less wacky?

Anders Holm: Yeah, I was like, “Let’s make 2014 a little less wacky” to my agents, and they said, “Well, this is something that’s super not wacky.” But also just the fact that it takes place in Chicago. I was like oh, that’s cool. It’d be nice to shoot something in the city I grew up running around in. The script was great and then when you find out that Cobie’s a part of it, you’re like, “Oh, I bet she’s a cool person.” Turns out she’s super cool, and then Gail who I had the pleasure of meeting and working with just a little bit in the movie, is just also stellar.

Nerd Report: Had you found yourself put into a certain box by Hollywood?

Anders Holm: Well, not yet. I don’t think Hollywood has put me in a box but I think that, I don’t love talking the business about it, but the business about it is that you have agents who have certain ideas of what you can be and what you should be. I’m not closed minded. I probably was a little while ago but you want to be open to trying everything. So sure, I was an immature guy on Workaholics, and then I was a wild philanderer in Top Five and got to do some crazy stuff in there. With this movie and another film I’m in coming out in September called The Intern, I was the good guy boyfriend who stays at home with the kid type guy. Then I just shot something else where I’m more of a bad boy who works at a bar and tries to bed down everyone he sees. So I want to play everything until I find what I really like and then do that for a little bit and I’ll probably get sick of that and then want to play a woman or something.

Nerd Report: You got to do the pilot for How I Met Your Dad which I think we were all surprised didn’t go. If it had, what would you have gotten to play?

Anders Holm: Well, it’s for sure my fault it didn’t go. I’m sorry about that if you had any stake in the survival of that show. I was playing the main character’s boyfriend in the pilot who she then leaves in the pilot to set the show into motion. They said I would recur but if they knew what’s good for them, they wouldn’t bring me back.

Nerd Report: So you only got to do the one, but did you have a sense of how it was going to be similar or different from How I Met Your Mother?

Anders Holm: Are you fishing for spoilers to find out who the dad was if the pilot got picked up? That’s what I’m hearing here. My lips are sealed.

Nerd Report: Okay, that’s fair. Are you writing a new season of Workaholics?

Nerd Report: What new funny stuff can we expect?

Nerd Report: Do the Workaholics maybe not realize how ridiculous those men’s rights activists actually are?

Anders Holm: Yeah, you know how dumb our characters are. 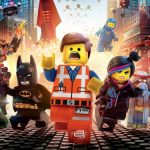 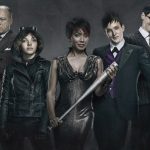