The Fantastic Four reboot is set to open in theaters this weekend but hardcore fans of the comics have been skeptical about the film claiming that it’s taken to many creative liberties and that it does not respect the source martial.  Rumors of the movie having problems during it’s production has also contributed to the pessimism among some fans.

Although professional critics are not allowed to post reviews until Thursday the film has been screened for some of the general public and the reactions are positive. 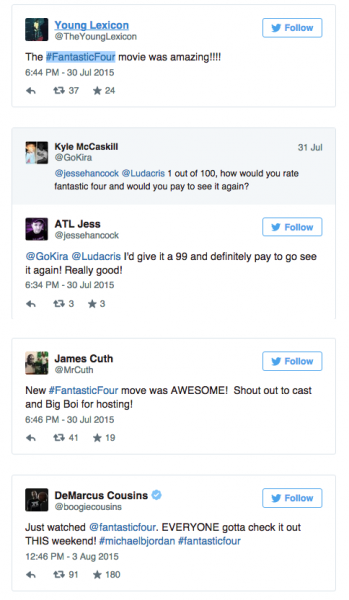 Personally, I hate it when people judge a movie before they see it and I would love for Fantastic Four to kicks ass. Soon we will all know if it’s good or not!