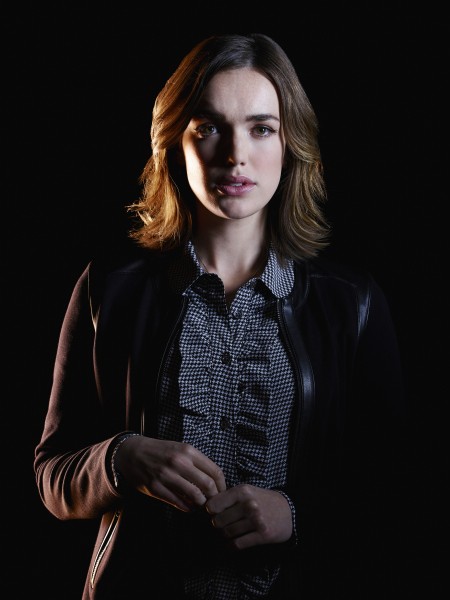 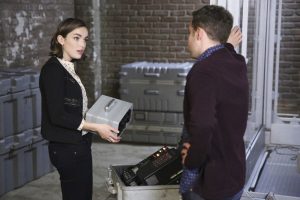 Nerd Report: Where do we pick up Simmons in season three?

Elizabeth Henstridge: We’ve had a time cut and everybody’s kind of processing what happened in season two. Coulson had his injury with his hand. Skye is now Daisy so she’s working with Mack to try and collect some sort of team of Inhumans. There’s a lot going on. Ward will feature a lot more this season and we’ll see what he’s doing with his affiliations with HYDRA. We’ll find out where Simmons is and figure out how she fits into this new dynamic of a team.

Nerd Report: How big a time jump? Longer than the events of Ant-Man this summer?

Elizabeth Henstridge: Shorter than that.

Nerd Report: Being the tech side of S.H.I.E.L.D. what does it mean for Simmons when Inhumans come along?

Elizabeth Henstridge: That’s going to be interesting. She had adverse opinions to Inhumans and then she realized that Skye/Daisy is an Inhuman, so that brought her around. She learned to be more compassionate and understanding. But having been through what she’s just been through. It’ll be interesting to see what her take is on Inhumans now. I don’t personally know but it may have changed.

Nerd Report: Does the inclusion of Inhumans make you feel more connected to the comic books?

Elizabeth Henstridge: It’s really exciting. We feel very privileged to be able to help to introduce Inhumans into this cinematic universe. So yeah, I think they are entrusting us with a big part of their world. We’re very honored and I think it’s going to make for a lot of great storylines.

Nerd Report: She looks up to Coulson and so much. Does Coulson being injured change their roles a little?

Elizabeth Henstridge: Yeah, I think so. I think she’s definitely changed. We haven’t filmed that much so it’s not like I know too much what’s happening in season three, but whatever’s happened to her is going to be a huge change for her and a new challenge.

Nerd Report: When you saw the hallway fight in Daredevil, did you feel competitive like, “We have to top that now?”

Elizabeth Henstridge: It was an amazing fight. I think we bring it on the fight scenes. We saw Chloe in the finale do a one take of a huge fight sequence. We have an amazing stunt team and with all the Marvel TV shows now, we’re really seeing how good TV can be. Daredevil was an excellent example of how great TV can be.

Nerd Report: How excited are you for Jessica Jones?

Elizabeth Henstridge: So excited. Oh my gosh, I can’t wait. Such a stellar cast?