This is probably going to be the sequel that people don’t like as much as the original. I’ll have to redeem myself in part three, or maybe this will be the superior sequel and everyone will say I should stop, but I’ll still write more because I’m Franchise Fred.

Now that I have explained how I became Franchise Fred I wanted to delve deeper into the aesthetics of franchises. Although I always want to see more sequels, I am not indiscriminate. I dedicated myself to franchises to combat perceptions that sequels should be avoided, but I also don’t want to sound overbearing like I’m demanding more than the filmmakers feel they can give. In the interest of encouraging creativity, I present my “filosophy” for ideal ways and options for continuing franchises, indefinitely as the one thing I’ll never believe is that the story is “over.” 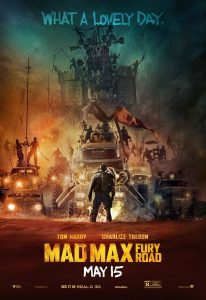 This might be the single factor that most intimidates fans and filmmakers. You don’t have to produce the next story immediately. You can wait until the right idea strikes you. With franchises like James Bond and The Fast and the Furious it should be easier to think of the next adventure within a few years, and there should have been a lot more Indiana Joneses than there are. Or, in the case of low budget horror like Saw, the pressure of one a year could fuel creativity. Most sequels do benefit from keeping the cast together before they go off in complicated directions and start to look vastly different than their characters, but there are great sequels that revisit after long periods of time to see what a new perspective brings. I certainly understand it’s exhausting to keep a franchise going, so I’m not insisting you burn yourself out. Just don’t rule them out. Always be waiting for that new inspiration to strike.

2. You Don’t Have To Top Yourself. 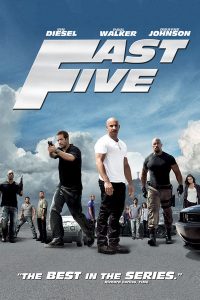 The sequel doesn’t have to be better than the original or previous sequels. It just needs to be also good. An obsession with “the best” can make you miss out on other stories worth telling along the way. If you made the best movie possible out of the gate, or even surpassed the original with one sequel, there are still many stories that are almost as good. Please tell those too. Even if one of those stories is significantly lesser, sometimes one subpar story allows the next one to surpass even the original. Look how The Fast and the Furious did it. Whether you agree Tokyo Drift or Fast & Furious was the weak link, they came back with everyone’s favorite.

Setting up the sequel can be fun, but these days it’s gotten carried away. Filmmakers are actually withholding narrative so they can use it in the sequel. This is bad. Each sequel should be everything you can possibly think of at this point in the story. By the time you make the next one, you start brainstorming new ideas. This is the Christopher Nolan philosophy and I agree, but I probably violated this rule myself because I knew I had more to say after the first Freditorial. You don’t want the first one to be 4,000 words though. 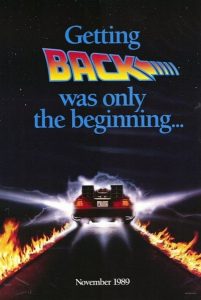 The best sequel setups are teases, like the DeLorean flying off into the future in Back to the Future. It’s an open ending, one that gave them narrative challenges in the sequel. (Bob Gale always says he wishes he hadn’t put Jennifer in he car.) But they weren’t keeping anything out of Back to the Future.

You might think I would be against final chapters, since I want franchises to continue indefinitely. The beautiful thing is that historically, movies labeled “The Final Chapter” have never been the final chapters. Saw 8 is still in development. If it never happens, it would be the first one. The decision to make one last hurrah usually comes when they feel like they’ve done everything they could, so they might as well go out with a bang. This actually ends up jumpstarting their creativity. 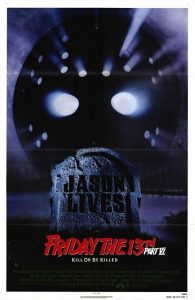 After Freddy’s Dead: The Final Nightmare, Wes Craven gets the idea for New Nightmare. After Friday the 13th IV, maybe A New Beginning was a misstep but then Jason Lives is arguably the best one! And after Jason Goes to Hell, we got the absurdly fun Jason X. I think what happens goes back to #3. Saving things for the sequel actually stunts creativity because you’re stopping the flow of ideas. Approaching the next movie as if it’s your last chance to tell the story actually clears he slate for all new creative ideas to develop after. So go ahead and call your next sequel “Final.” I’ll still be here for the sequel to that. 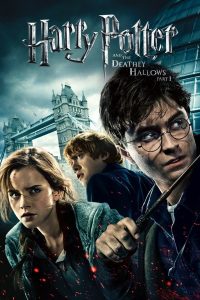 That’s not a real sequel. That’s just two half movies. Finish the story in each movie, then start a new story in the next. Even Back to the Future III feels like a leftover from Part II. Lord of the Rings kind of got away with it because the books were structured that way, but this new practice of turning one book into two movies has got to go. And the next Avengers and Justice League movies decided to be two parters before they even finished the script. How do they know they’ll have a climax at the end of part one? I hope they do, but it should be Avengers 3 and 4, Justice League 1 and 2, not parts I and II. 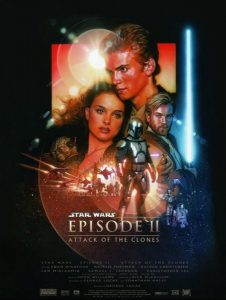 The reason I love sequels is because they’re based on history and telling us what happens next. Prequels, by definition, have no history because they are the history we already know from the original movie. In fact, they have even less history than the first movie because it’s all stuff that already happened.

I think the only thing that would make me enjoy a prequel is if it somehow was able to recontextualize the original, but no one has done that yet. The prequels we see are literally just retellings of the backstory established in the first movie. The only prequel that doesn’t is Indiana Jones and the Temple of Doom because it was just another adventure that happened to take place before Raiders. It actually gave us new information about Indiana Jones, and for practical purposes it allowed a new love interest without telling us Indy and Marion didn’t make it. We’d have to wait for Last Crusade to learn that he was single again.

7. The Original Creator Is Not Always Best To Continue. 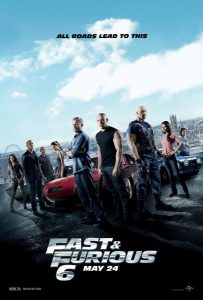 When the original filmmaker wants to continue the series, by all means let them. How great is it that George Miller still wants to do Mad Max? Often the originator of the series is not the best choice for the sequel though. Sometimes they’ve already told all the story they have, but it’s up to another creator to think of the next story. Sometimes the original filmmaker simply burns out. Look again at the Fast and the Furious series which really got good when Chris Morgan and Justin Lin took over. Or look at the classic example of Irvin Kershner directing The Empire Strikes Back. We’ll see when the film is out, but Ryan Coogler doing Creed looks like a great way to continue Rocky with new energy.

As much as I want a Back to the Future IV, I’m pretty sure I don’t want to see Robert Zemeckis’s Back to the Future IV. He’s now the guy who puts technology over story in his motion capture animated movies, and I hope The Walk doesn’t sell its subject out, like Flight was afraid to really make Denzel Washington an antihero. Look at Dumb and Dumber To. In 20 years, the actors, and the Farrelly Brothers, completely forgot who those characters were. A different team might have done a more faithful job, although not the team that did Dumb and Dumberer: When Harry Met Lloyd. That also had the double whammy of being a prequel.

8. If You Must Remake, Make It Ambiguous.

My favorite remakes are the ones that I can consider the next part of a sequel. A remake really means that the studio doesn’t have the vision to just make a sequel, so they just do the first story over again. If a remake happens when a franchise has faltered, sometimes the only way to keep it going is to start over. I weep for those franchises, but if Robocop had been managed right in the ‘80s we’d have Robocop 10 right now, but here we are. 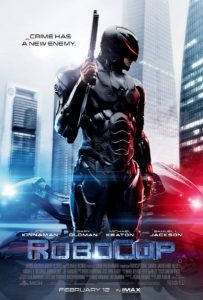 I actually consider the 2014 movie Robocop 4. Sure, it’s another guy named Alex Murphy. Quite the coincidence, but this is art, man. There can be two Alex Murphys who were both turned into Robocops, only by the second time, ED-209 worked! This year’s Poltergeist could so be Poltergeist IV because the family even has a different name. The poltergeist pull some of the same tricks on them for old time’s sake.  2010 Nightmare on Elm Street is Nightmare IX to me. Their origin story for Freddy doesn’t make it seem like it’s a different Freddy, just maybe some different people telling the story and getting some parts wrong, like the dates. I mean, it doesn’t bother me if the first 8 Nightmares are about a killer child killer who was killed some time in the ‘70s and the 2010 movie says it happened sometime in the ‘90s. The Simpsons has been on for 26 years and keeps doing flashback episodes set within 10 years before Bart was in 4th grade.

And yes, the James Bond franchise is all the same guy, who stays young over 50 years and changing political climates. We’re talking about fiction. Continuing the story is more important than maintaining linear chronology. Although series that address their characters in different stages of life, like Rocky, Rambo or Die Hard, are great too.

This is the newest concept in franchises, because it’s only now that enough franchises have made it more than four decades. I could understand James Bond, Star Trek or even Planet of the Apes needing to start over. They’d given us 20, 10 and five movies respectively, so that’s more than most franchises ever get, although I think The Next Generation still had another couple movies in them. With Bond it also made sense that they finally got the rights to Casino Royale, so that’s a factor that will never be repeated by any other franchise. With Apes, the original series ran its course with diminishing returns decades ago, and there was a nonsense remake that had to be undone at that point. 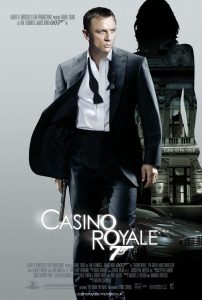 I think reboot should be the last resort. It’s still giving up on moving forward and relying on origin stories. Batman Begins is almost exempt, because it’s a comic book. There was never any obligation to follow the previous four movies, any more than Tim Burton’s Batman was obligated to follow the Adam West/Burt Ward movie based on the TV show. Comic books tell multiple stories about the same characters. So the Franchise Fred verdict is still out. Casino Royale and Batman Begins set a very strong precedent, so if there’s ever a chance for a movie that good with a popular character I should entertain it. However, it still means ending a franchise chronology so it’s not to be taken lightly.

It is also heartwarming to see franchises like Texas Chainsaw and Halloween return to original chronology after some remakes. Outlaw Vern calls it an “unboot,” The Simpsons call it a “deboot,” but it means there’s always hope. There’s always hope Sean Connery might come out of retirement after Daniel Craig for one more James Bond!

Most importantly, none of this is to say I only want sequels. The more franchises there are, the more crowded it gets, but we still need originals to start new franchises.

This isn’t to say there are only 10 Franchise Fred Filosophies. I may eventually think of 12 and 13 so they can be the sequels to this.