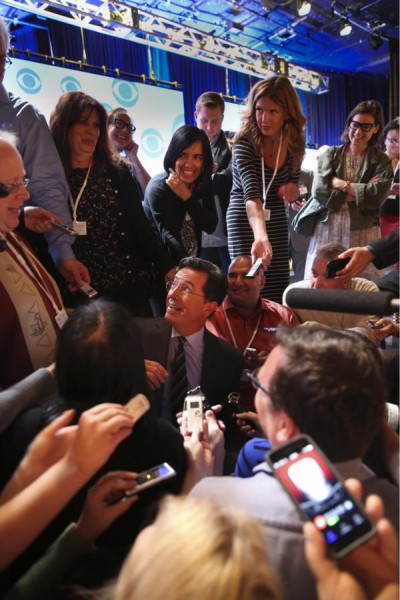 When Stephen Colbert announced he would retire his Colbert Report character in taking over The Late Show, it was bittersweet. While it will be exciting to see how Colbert can play in a bigger sandbox, it would be sad to see that character go. For a few years between 2004 and 2008 or ’09 I think I saw every single Colbert Report. I wasn’t quite as diligent in later years, but I always appreciated that satire of cable news punditry and was never disappointed when I caught up.

I needn’t have worried about saying goodbye to The Word, Formidable Opponent and Tip of the Hat/Wag of the Finger. When I got a chance to meet the real Stephen Colbert, at a Television Critics Association panel for The Late Show, I saw that the real Colbert was all of that and more. And, we wouldn’t necessarily be saying goodbye to everything. For example, CBS handed out bags of Gummi Bears under the label Col-bears. This gave me the perfect segue to ask Colbert if he would still be warning us about the threat of bears.

“That’s one thing that my character and I had in common,” Colbert said. “I’m honestly afraid of bears. I saw the movie Man in the Wilderness with Richard Harris when I was six years old. He is mauled nearly to death by a grizzly bear and then buried alive by the other pioneers in the wagon train. And I was so nervous the next morning that I went to my father, who was a doctor, and I said, ‘Dad, I’m really scared’ because I had to walk through the woods to get to the bus stop. ‘I’m really scared that I’m going to get mauled by a bear.’ And did my father say, ‘There are no bears within 200 miles of our house?’ No. He said, ‘Oh, modern medicine. We’d sew you right up.’ So honest to God, if something is going bad in my life, I dream about bears.”

It looks like other bits from The Colbert Report are fair game too. One of my favorites was when he played his own Spanish language counterpart, Esteban Colberto. I asked him if Esteban Colberto could make an appearance on The Late Show, because Esteban didn’t retire. If he hadn’t thought of the idea yet, he certainly liked my suggestion.

“You know what, I believe that reaching out to the Latino demographic is extremely important,” Colbert said. “All I can say is please tune in again. Regresamos!”

But The Late Show won’t be about continuing old bits, not primarily. This will be our chance to meet the real Stephen Colbert, and since I got a chance to meet him already, I like what I see.

“He’s been there the whole time,” Colbert told us. “Not to get too erudite right now, but Oscar Wilde said something along the lines of, ‘Do you want to see somebody’s real face? Give them a mask.’ I was able to piggyback on the back of that character and be extremely intimate with the audience because I had the excuse that I didn’t mean it, but I’m here to tell you I meant a lot of it. I even agreed with my character sometimes. My hope is that when you see me on the new show, you’ll go, ‘Oh, wow. A lot of that was him the whole time.’ But I won’t know how much of it is until I go do it, honest to God. It’s an act of discovery for me, too.”

As a fake conservative pundit, Colbert was a relentless satirist. He could relate anything in the world to himself, which was in fact the satire of self-absorbed pundits. There was nothing a guest could say to throw him off game, and he was able to turn anything into a bit that supported his schtick. Even when something happened to him in real life, like breaking his wrist, he turned it into the Wriststrong campaign, a real charity and a Lance Armstrong satire that became prescient. The gimmick was you were supposed to give the Wriststrong bracelet to someone more famous than you, and at one point a bracelet made it into space. I always wondered if someone had the meta insight to try giving Colbert himself a Wriststrong. “No, nobody did,” Colbert said. “That would’ve been too clever.”

It’s actually a bit of a relief to find out that the aggressive satire was exhausting. It seemed so effortless, and made me aspire to be more prepared and think better on my feet. So the real Stephen Colbert is human, and that makes his character both more impressive, and whets my appetite for the real Colbert.

“We used to say at Second City: Wear your character as lightly as a cap, so, as you improvise, you can adjust,” Colbert said. “It was an act of discipline as the years went on to keep that cap on, because the show was actually just a ton of fun for me to be out there with the guests and doing the material. I think one of the reasons why I most wanted to drop the character is that I felt I had done everything I could with him or everything I could do with that show, other than have my honest interest in my guest, which is almost constant. Now I don’t have to hold back at all. I had to put everything through, like an occipital CPU up here, to live render what my character would think about what the person just said, but still have my intention behind it. Now I can just talk.”

The sincerity with which Colbert described his process, with those clever flourishes like “occipital CPU” and Oscar Wilde quotes, shows that that creative process can be just as fulfilling if it’s not a joke, and can grow into something bigger. So yes, The Colbert Report may have reached its critical mass. Even CBS Entertainment Chairman Nina Tassler saw more room to grow, and she’s going to get her money’s worth.

“Early on in the process when the writers came in, late spring, when we were working on this,” Colbert said. “She goes, ‘I loved your last show. Um, um, add, don’t take away.’ I’m like, fine. That’s it. They’ve been great.”

The Colbert Report also had a built-in format. It was a satire of other shows that had to be exaggerated. There has been a Late Show before and other 11:30 talk shows, but Colbert isn’t locked into a format. This may free him up to satirize this format, be more experimental, or completely reinvent it.

“I don’t think anything I’ve done on my last show or on this show is necessarily traditional other than what the pieces are. We’ll try to put them together in a new way. I’m going to do it every way. We’ve got 202 a year. We’re going to find what’s right for me. I don’t feel like I have to come out of the gate knowing everything. I’d like to have enough humility to find it as I go.” 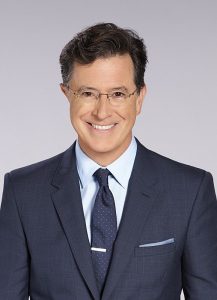 Guests had not been announced when Colbert spoke to the TCA, but now we see it is a mix of entertainers, politicians and social figures, even emphasizing the latter two categories. The real Colbert still has opinions on politics, and he told us he was saving his Donald Trump jokes, though proudly tweeted he was #DryTrumping. He did share an honest opinion of the presidential candidate’s chances at winning.

“Honestly, he could,” Colbert said. “That’s not an opinion of Trump. That’s my opinion of our nation. There have been some great presidents and there’ve been some bad presidents. Having a giant swinging set of balls isn’t the worst thing in the world.”

If it sounds like I’m gushing, I am. Colbert is a satirist hero to me, and it’s contagious. His own enthusiasm rubbed off when I was in close proximity to him, speaking about getting starstruck himself when musicians like Randy Newman would play for him on The Colbert Report.

“Musicians are like magicians to me. I don’t know how they make us feel the way they feel. They’re the only people who really make me nervous. Politicians, pundits, authors, actors, that’s like people who are in show business. I understand them. Musicians, I get tongue tied around because they do witchcraft. They get right in there with your heart and then they get under the radar and they make you feel. That’s what it’s about.”

One last thing to remember about The Colbert Report was that Colbert was also a magnificent clown. He still is, going limp as he let his publicist drag him away from the gaggle of reporters. Yes, it seems everything I loved about the Stephen Colbert character was the real Stephen Colbert. But now I know things he held back because they didn’t fit that character. Not that it’s a surprise. The man who could roast George W. Bush at the White House Correspondents Dinner was clearly a deep thinker. When those thoughts were all distilled into a singular vision, they were brilliant. I think when they are unleashed unfettered, they will be profound.

The Late Show with Stephen Colbert premieres September 8 at 11:35 on CBS. 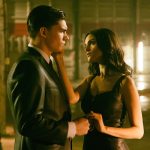 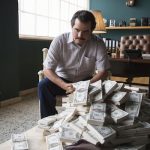