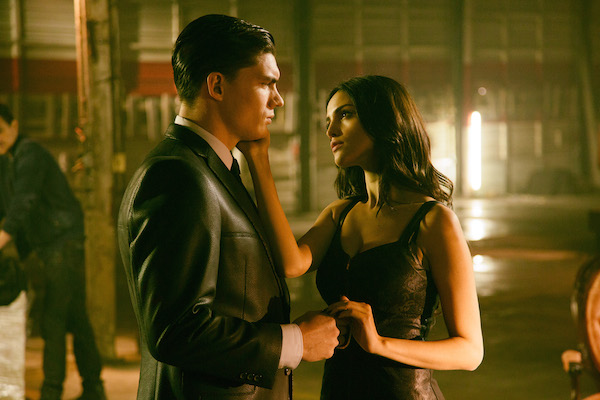 Last night on the season premiere of From Dusk Till Dawn: The Series you got to see the new Richie. Slicked back, on the road with Santanico Pandemonium (Eiza Gonzalez), Richie and Santanico took on Culebra gangsters and Richie gave a speech on Burt Lancaster that would make Tarantino proud.

Nerd Report: How great was the Burt Lancaster speech?

Zane Holtz: It was awesome, man. It’s fun to be able to have those moments where, if you get a great monologue, actors enjoy it. I do at least. I think it’s one of those funny things with Richie, and I think this applies to the Seth character as well is that I’m going off on this long, long rambling story about something that makes sense to me, and I’m trying to use to explain who I am to these two young hoodlums, and it goes right over their heads. That’s the whole point. It doesn’t matter. I’m trying to tell them who I am and they don’t hear it. For an actor, it’s great to be able to play. I actually had never seen the film, so I had to look it up and watch a little bit on YouTube. One of the clips that comes up is that final scene. You hear me say it verbatim, “He picks up the MP4 and he sprays and lays ‘em down.” That whole clip is the one that’s on YouTube so I was able to watch that. The funniest thing was I was like okay, Burt Lancaster. Then I started looking up some other Burt Lancaster stuff. I can’t remember what the film was but there’s a movie that he did where he is literally wearing a black suit, a white shirt, no tie and the glasses. I was like, “What the hell?” I didn’t know if Carlos maybe made that connection as well too. I just thought it was really funny that we were able to bring that back and use it in the second season.

Nerd Report: Do you enjoy the more slicked back look for Richie this year?

Zane Holtz: Yeah, I’m pretty smooth this season I think. I went Culebra, got a little handsome, you know, got some money in my pocket. Yeah, it’s fun, man. You get to see Richie in his element of what would he be when he’s out from underneath his brother’s shadow. Give him immortality, keep the ambition that he had from before, where is that going to go? We’ll see this season.

Nerd Report: Is season two about Santanico and Richie together?

Zane Holtz: Yeah, I mean, at the end of season one, you see us leaving the Titty Twister and taking off back to the U.S. So season two picks up with us in Houston, living on the outskirts, living by the skin of our teeth, pulling down jobs, trying to make a way of it in the world. Also you’ll find out a bigger goal, which is revenge for Santanico. But immediately in the first couple episodes, you’re going to see, I call it the end of the honeymoon. Everything in season one was: okay, this girl is calling out to me and I can save her and I can do these great things. We pick up in season two and you see reality has kind of kicked in and they’re living as a normal couple and dealing with this high pressure situation and how that affects their relationship and who they are as people.

Nerd Report: Are they in over their heads? I was surprised they got knocked out.

Zane Holtz: You’ve got to remember, obviously these are two powerful people being that they’re both Culebras and they have these powers and Richie was a lifelong criminal. But still, you go up against another Culebra, it’s anybody’s game. You’re not guaranteed to beat every opponent so you’ll see in that first episode there is a guy. He’s humongous and he’s also a Culebra too and he kind of kicks our asses for a minute. I like it when our characters don’ seem invincible. When we can get beat up a little bit and then win the fight in the last few moments, or by the end of the episode, or maybe they don’t. I mean, it wouldn’t be fun if we were just walking around like terminators and taking everything out without having some sort of faults to ourselves and allowing ourselves to lose every now and again.

Nerd Report: Does it feel like uncharted territory being past the movie?

Zane Holtz: I think the whole goal of the show from the get go was to use the first season to retell the story of these characters so that we could be in season two. Not that going beyond the movie is the end game. The end game is being true to the characters that were created by Robert and Quentin and telling these stories with them. Really, that’s what we’re all excited about for people to see this new season. It’s not about trying to get past the movie. It’s about honoring the movie and then honoring these characters and seeing how many stories we can tell. 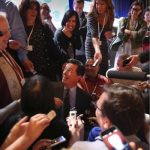