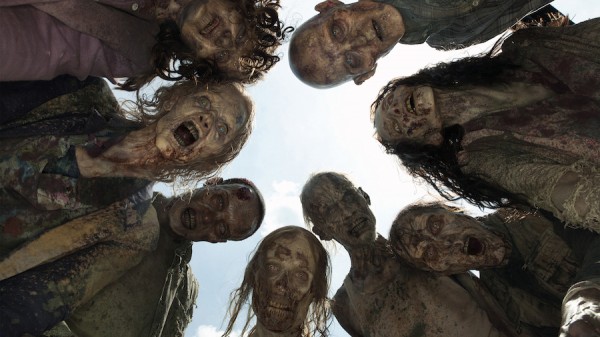 5 Things Wrong With FEAR THE WALKING DEAD by Lisa Grayson!

If any of you are like me, You are anxiously awaiting for the return of The Walking Dead. Feeling major withdrawls, missing your weekly onscreen zombie kills, and hoping October would be here in a flash. That made Fear the Walking Dead oh so appealing. I couldn’t contain my excitement as my zombie withdraws would finally be quenched. But was I so wrong. I was very disappointed with it and here are my five things that I found wrong with Fear the Walking Dead:

1) Have you noticed that everyone knows what’s going on except for the main characters?! We see people leaving the city and a police officer filling his trunk with bottles of water. Obviously, no one in the City has heard of gossip. As we all know, gossip travels like fire. Surely, someone has heard something. I know we’re only 2 episodes in but, I don’t care how crazy something looks or is. There is something obviously wrong and I, for one, will not calmly be waiting around in my house. I definately will be doing something to protect myself and my family/friends.

2) In the opening scene (first episode), we are introduced to Johnny Depp‘s twin waking up in a church. He walks around. Turning corners. Thinking he is seeing things due to the drugs. He comes across his girlfriend/friend taking a bite out of someone. The first thing I noticed was she didn’t look like a drug addict. Why is she there? She is so out of place. In fact Johnny Depp‘s twin didn’t look like much of one either until almost the end of the first episode. Wouldn’t you think if the girl had been chomping on people for breakfast, that there would be more zombies?!? I counted 3. You would also think that the Dad would have encountered at least one when he went back to check out the church. Nope. Its a virus people. Not a lovely stroll on the beach. I’m sure you all would notice the undead walking on your street. In fact, I bet some of you would try to take a selfie. I know I would! Just remember not to get too close.

3) Why does Tobias go back to the school for his knife?! Doesn’t every household have knives in their kitchen or garage?? He obviously knows what’s going on. He may not completely but he knows. So why would one with this information travel to school to get a knife when he could have gotten one from home or a neighbor’s home. Hell, he could have bought one at a store if he had the money! Stupid move kid. I’m sorry but, your survival skills needs some major tweaking.

4) We all know The Walking Dead is notorious for killing off the African Americans for some reason. But, do we need to see this in Fear the Walking Dead too?? On top of that, the Principal ( Who was African American), had no visible wounds (from what I saw).  Come on guys. If this were an actual event ( I’m sure some of you will be in heaven living during a Zombie Apocalypse ), everyone has the possibility of getting infected. Why are you singling out a race? Don’t you agree?!?

5) Is my imagination playing tricks on me or do we have phantom helicopters constantly flying over the characters heads?! We hear them but don’t see them. It’s seriously not that hard to miss one as they are very visible and loud. One would literally have to be deaf and blind not to notice. I would think there would be more of them. After all, people are turning into these flesh eating monsters.

Bonus Round – After two lackluster episodes, the show is taking a break for a week. Why should we care to tune back in?

Tell us what you think about the show below!