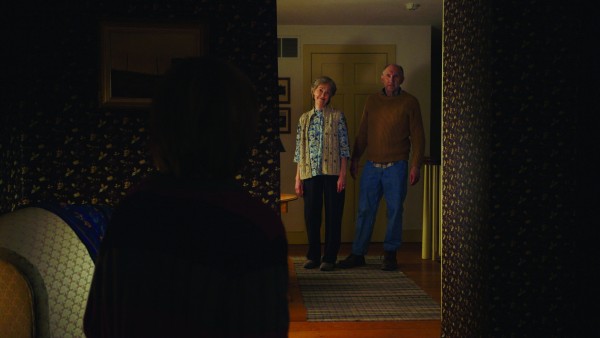 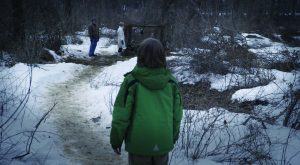 M. Night Shyamalan is back! Actually, I never thought he left. I’ve remained a defender even when I was in the minority. The brilliance of his movies was always the way he crafted suspense when nothing much was actually happening. He stayed true to his heart and found a powerhouse vehicle for it in The Visit. So basically I was right.

Now, I’m tired of found footage movies, but if I’m going to watch another one, I definitely want to see M. Night Shymalan do a found footage movie. We still get treated to Shyamalan framing but he’s now playing with found footage tropes. So a static shot is off center as characters enter and exit frame, or an awkward sideways closeup. Technically, the characters are making a film, but we still found the footage they shot and edited together. 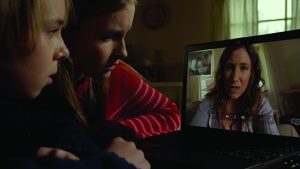 Becca (Olivia DeJonge) is making the movie, and she’s just as insistent about filming unnecessary things as adults in found footage movies, but hearing a teenage girl talk about mise en scene is more endearing than, say, a film student saying it. Her brother Tyler (Ed Oxenbould) reluctantly handles the second camera for her. At 13 he’s more interested in texting two girls and rapping. This quickly becomes a source of humor. His sister  Their mother (Kathryn Hahn) sends them to spend a week with her estranged parents. 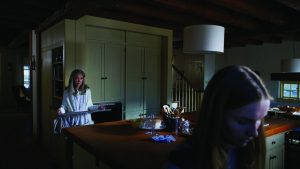 Watching this unfold is such a joy in the hands of a master filmmaker. The grandparents’ behavior is weirder and freakier than any creature. The kids witness traumatic things and it’s not visual effects. Every time there’s a payoff, you realize Shyamalan knew exactly what he was doing the whole time. The Visit will make you scream. I can vouch for a theater full of hardened critics firsthand. 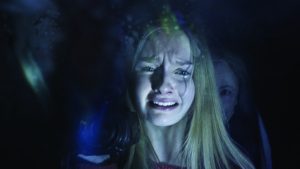 Maybe those movies you didn’t like were a misdirect for The Visit, but I liked them and this one is still hardcore. These kids are going to be F’ed up for life. I’m not talking about kids burdened with a supernatural gift or witnessing aliens. Becca and Tyler are forced to do stuff that will ruin them, and this is the guy you laughed at for the scary wind.

There are still moments of “why are they still filming?” Maybe because they’re kids? Even that may be part of Shyamalan playing with the cliches, making us harp on one thing while he lays the groundwork for his coup de grace. The Visit is the scariest movie of the year, and it’s the most fun you’ll have being scared because it’s in that playful spirit. I also think I spotted Shyamalan’s director’s cameo. When Mom skypes in from her party cruise, he’s in the background competing in the hairy chest contest, right? Not really, but I hope he is.