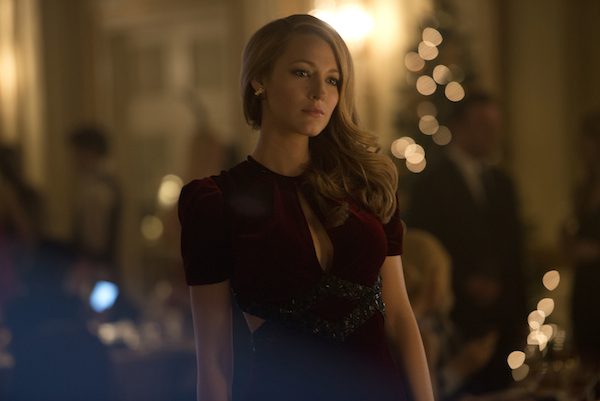 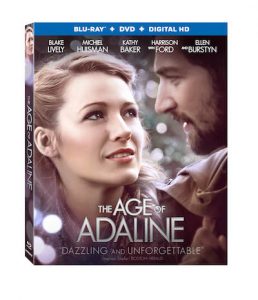 The Age of Adeline makes the best case against immorality since Highlander. Who wants to live forever when you have to go to the DMV every 10 years to get a new identity? She actually uses a forger, because of course how would official channels understand why she doesn’t age? Just the authorities harassing her about looking too young to be 45 or wanting to study her are enough to send her on the run for life.

Blake Lively conveys Adeline’s supernatural maturity in her performance. She embodies the class and dignity of a life lived, although her powers of observation are better than most detectives. She’s had 100 years to hone those.

The story does a good job of showing how Adeline closes herself off to relationships given the tragedy that she will outlive them, and the dangerous questions raised by people who know her for too long. Ultimately it has to focus on one relationship she has in the present with Ellis Jones (Michiel Huisman), and that becomes more interesting when his father (Harrison Ford) becomes obsessed with Adeline.

I found the ending a bit of a copout. Mild spoiler alert, but it’s like those amnesia movies where one bonk on the head gives them amnesia but another bonk on the head brings their memory back. It also suggests that Adeline’s situation is one that needs to be “solved” by the end. It doesn’t. It could even be more powerful to see Adeline accept a love that she will outlive, as opposed to shutting herself off.

The Blu-ray image highlights the different looks of the different eras in which Adeline lived. There’s the sepia era and the cool blue modern era, but mostly the picture has a magical golden hue. Her face sticking out of the shadow into light flatters Lively’s beauty, and when new footage merges with black and white stock footage it makes an impact. The Blu-ray is 90% gorgeous but occasionally she comes home and digital noise flares up in a throwaway shot.

Bonus features detail the different looks of the films eras and other technical challenges, as well as letting the actors discuss the film’s characters and themes. Particular attention to Anthony Ingruber’s audition and portrayal of the young Harrison Ford character is a great tribute to his work, and answers a lot of our questions about the impeccable resemblance. Director Lee Toland Krieger gives a commentary track that discusses the filmmaking process scene by scene. He’s self-deprecating about comparing himself to David Fincher and Paul Thomas Anderson’s commentary track, but every movie has a story and his is equally informative about how movies really work.