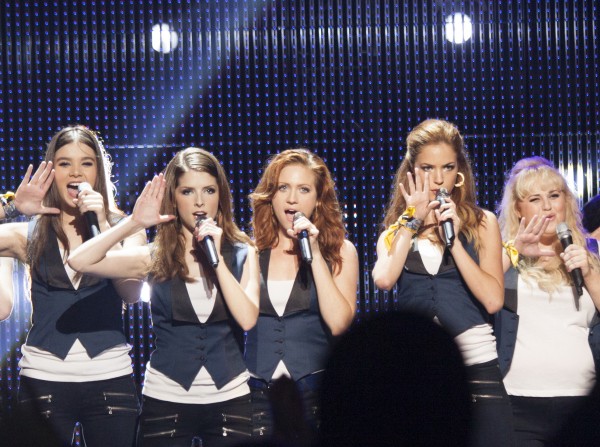 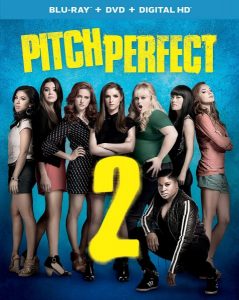 This movie review originally appeared on Nuke the Fridge:

I did not like Pitch Perfect. I thought all the aca-puns were trying way too hard, and it was absurd that the big plot development was that they had to sing a different song. Really? You didn’t know that you can’t just perform one song over and over every year? You have to sing more than one song? Aca-f***you. But because I am Franchise Fred, the fact that there is a sequel makes it more interesting to me.

Pitch Perfect 2 is aca-better. It has more funny non sequitur dirty jokes, and less Talk-apella judges trying too hard to make offensive ones. It has a lot more music, which is the whole point, and all the girls look so happy singing that it’s more infectious. Hearing the a cappella harmonies in 7.1 surround is much better than the DVD I watched of the first film.

I do enjoy the sequel hoops the script goes through to keep the cast together. Beca (Anna Kendrick) is a senior so it’s logically her last hurrah. Chloe (Brittany Snow) has failed three times to make sure she has a role in the movie. Hey, at least she’s not selling real estate. They introduce a legendary family legacy that all the Bellas have heard of but just never mentioned in the first movie, so that they can bring in new blood Emily (Hailee Steinfeld). They even visit the original cast member who I’d assumed was the blonde girl the whole time until she showed up in a different scene.

And it’s one of those stories where the now champion Bellas are torn down immediately so they have to rise up again. They begin with the same wrong-headed idea to copy the new champs’ sound and one-up them, but they don’t dwell on that plan. The inner conflicts of the Bellas are better than the new rivalry, although the leaders of Das Sound (Birgitte Hjort Sorensen and Flula Borg) are awesome.

This time, they’re championing originality over cover songs, and believe me, even Franchise Fred feels conflicted about a sequel preaching originality. The message that’s good is that Beca gets an internship and she’s rewarded for pursuing the opportunities there, but also learns it’s not a free and easy pass to success. The original song ultimately sounds just like all the generic pop songs, autotuned with electronic beats, but fortunately there is a character there to tell us it’s great. Look, I’m not hear to judge the music industry into which Beca is entering. I just support the message that you can pursue success, balance it with your sisters and inspire the next generation.

It all comes down to being funnier and more fun, with absurdly random cameos. If you liked Talk-apella, they’re still there saying awful things in the prologue, and they come back to tell us exactly what the theme of the movie is later. Also interesting, there is no actual graduation scene, just a photo op with all the girls wearing gowns. That’s good. Save your money for all the music rights. That’s more important.

So Franchise Fred is a convert. I’ve already mapped out the rest of the Pitch Perfect franchise. Pitch Perfect 3 will obviously have Emily struggle to fill her new role as the leader of the Bellas. Beca will only show up as the veteran coach with the wisdom she needs to be her best self. Chloe may have to die to inspire the new freshmen to honor her legacy. Then there’ll be a bunch of straight to video sequels with Nickelodeon stars singing original songs they automatically upload to everybody’s iTunes. Then a theatrical reunion with Beca, Emily and Das Sound mending fences and teaming up to fight torrenting. Then the Das Sound spinoff! Franchise Fred approves, pitches.

Blu-ray really shows off the bright colors of Pitch Perfect 2. The flashing lights of the performances are especially vibrant, but normal settings like the nature camp where the Bellas rehab and train are also lush.

Additional performances and alternate takes of the beatboxing battle are also fun. For a cappella fans, a vocal breakdown of Das Sound allows you to single out each of four layers of harmony.

Regular behind the scenes features are plentiful, although deleted scenes are minimal. In fact, they’re mainly alternate and extended versions of existing scenes, so it’s not like discovering whole subplots. It’s more additional one-liners and examples of how the film is honed down. 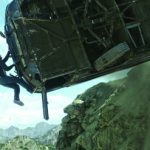 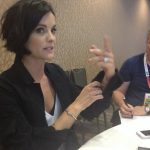