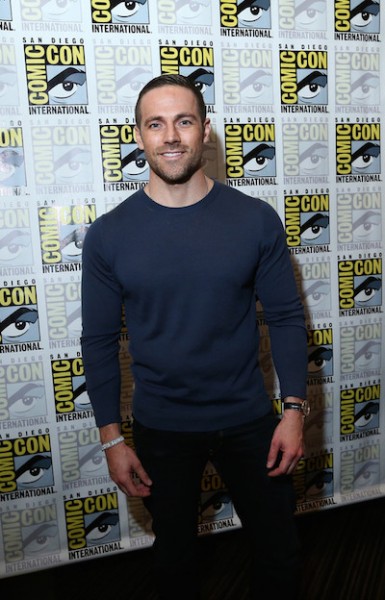 There was a time when Heroes was the most talked about show on television, so news of its return has been met with comparable levels of discussion. Heroes Reborn brings back some favorites like Hiro Nakamura (Masi Oka), Matt Parkman (Greg Grunberg), Micah (Noah Gray-Cabey) and HRG/Noah Bennet (Jack Coleman). It also introduces many more new characters.

Dylan Bruce, fresh off his run on BBC America’s Orphan Black, plays a new character but not one he can tell us much about. Heroes Reborn is still a mysterious show filled with secrecy, just like the old days. At Comic-Con, we sat in on a roundtable with Bruce and learned as much as we could about his role on Heroes Reborn, which premieres Thursday at 8 PM on NBC.

Nerd Report: Have you gotten a different experience going to Comic-Con with Heroes Reborn than you had with Orphan Black?

Dylan Bruce: I actually came with Orphan Black and the first thing I’ve done for Heroes was today. It’s the tail end of my Comic-Con so I’m actually physically exhausted, but it’s insane. The cast and how much the cast of Heroes really likes each other and interacts with each other reminds me of how we were at Orphan Black. It feels like a big family and everybody really believes in the product that we’re putting out there. I’m going to tell you something, Heroes is going to be a really awesome show. I leave set every day smiling. I’m having so much fun playing the guy I play.

Q: Who do you play and what is his power?

Dylan Bruce: I can’t even say the character’s name. Isn’t it crazy? That’s how top secret it is.

Q: Will we see you on the good or the bad side?

Dylan Bruce: Okay, okay, I can be a little less vague explaining that. He’s a survivalist. Being a survivalist, sometimes you have to do things that are kind of cruel. The new Heroes Reborn, there’s a lot of social inequalities going on. He’s a guy that’s exploiting those inequalities for profit. He definitely has a lot of skeletons in his closet. So many so that they’re going to make a novella about this character before the start of the season. I leave set with a lot of bumps and bruises, I’ll tell you that much and I’m having so much fun because it’s so cool.

Nerd Report: As a survivalist, have you learned how to set traps and stuff?

Dylan Bruce: Not like Survivorman, that kind of stuff. If I tell you, I think I’d be giving too much away honestly. They literally limited me to a couple paragraphs that I can say and that’s about it. The guy is so top secret. What I can say is I think he probably would enjoy the hunt if he was hunting heroes but I’m not saying he does hunt them or doesn’t. I can’t really say much. I have been beefing up for the role. I’ve been trying to put on pounds so I don’t know if that means anything to.

Q: Will you be shirtless?

Dylan Bruce: Ryan [Guzman]’s shirtless. They keep my clothes on for some reason. I don’t know what’s up with that. I’ve been working hard. Tim, let me take my shirt off. I didn’t do enough of that on Orphan Black already.

Q: How different is this character from the one you played on Orphan Black?

Dylan Bruce: They’re actually a little bit similar. He’s very different than Paul because Paul always had an endgame in mind and he was working for Castor all along. He was doing something for the benefit of other people, not himself. This guy is more self-serving, more of a self-preservationist. He’s working for himself, this guy. He’s looking out for number one whereas Paul wasn’t necessarily.

Nerd Report: Have you doing survivalist research as an actor?

Dylan Bruce: For this role, I can’t even tell you the research I was doing. For Paul I would research a lot of military. I read about Blackwater. I read the Rolling Stone embedded journalist who was with McChrystal. I read Lone Survivor, No Easy Day: The Killing of Osama Bin Laden. All that stuff for Paul because I knew Paul was a contractor and in special forces. The research going into this guy is lots of pushups, lots of air squats. I can’t say what he does, I really can’t, but I have been researching him, I’ll tell you that. I’ve been reading up on the field that he would be in and it’s a lot of fun. That’s the funnest part about being an actor is the research and the backstory. This guy’s got a really lengthy one so it’s really cool 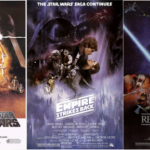 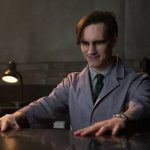