We Recently caught news about The two founders of Criterion Games & developer of the Burnout series, have teased the possibility of a spiritual successor to the popular racing game series.

“What sort of driving game you ask? A spiritual successor. Speed. Traffic. And crashing. Lots and lots of crashing,” the second adds, clearly referencing Burnout, which was famous for its crashes.

The various entries in the Burnout series–of which there are four main games–were fairly different from each other. This raises the question of which game this new one would follow in the footsteps of. How ever Three Fields itself seems uncertain.

“Spiritual successor to which one though??? The second, the third, or the fourth one??” a final tweet reads.

Setting aside the fact that Burnout 3: Takedown is the correct answer, it’s encouraging news that the Burnout series could continue in some form. EA doesn’t seem to have pursued the possibility much in the seven years since Paradise, with the only new Burnout being small, downloadable spinoff Burnout Crash.

Criterion shifted from working on Burnout to take over the Need for Speed series in 2009. In 2013, most of Criterion’s staff was moved over to Ghost Games to continue focusing on NFS, leaving Criterion with a relatively low headcount. Ward and Sperry left the studio not long after.

Criterion still exists and is working on new projects. Those plans apparently don’t include a Burnout HD collection, a possibility the studio recently shot down. As always TheRealmCast will keep you updated as soon as we receive further news on the Burnout Series. 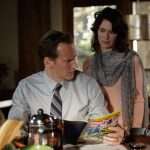