For those of you who don’t know who Marvel’s Jessica Jones is, all I got to say is go read comics and watch the trailer below. Now for those of us who are familiar with Marvel may know Jessica Jones is Marvels newest TV series that will be making its debut on November 20, 2015 at 12:01am PT as an Netflix original series.

Marvel’s Jessica Jones is the second of four epic live-action adventure series (Marvel’s Daredevil, which launched back on April 10th, Marvel’s Luke Cage and Marvel’s Iron Fist, all leading up to the teaming of the main characters in Marvel’s The Defenders) to premiere only on Netflix. It is a suspenseful, edgy look into the life of Jessica Jones, one of the most popular new Marvel characters of the last decade, as she faces demons from within and from without. The drama will premiere with thirteen one-hour episodes. 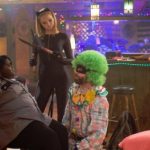 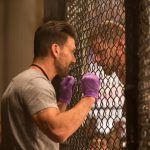