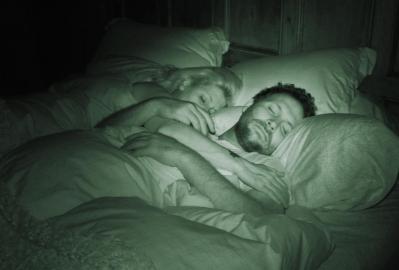 Hangman puts an interesting twist on the Hitchcock saying about showing the audience a bomb under the characters’ desk while the characters don’t know. Instead of a bomb, we’ve seen the killer in a family’s house and we have to watch them go about their business, unbeknownst to them that a killer is lurking.

Hangman (Eric Michael Cole) camps out in the attic while a family is on vacation. They arrive home to see their place trashed, but the police advise it was probably a homeless person who’s come and gone. He’s not gone though, and he’s set up cameras all over the house so he can watch them. Yes, Hangman is another found footage movie, but aside from the poor cinematography it’s actually a very effective thriller.

The theme is great. Hangman psychologically destroys the family through the manipulation of his invasion of their home. It unsettles the mom, Beth (Kate Ashfield) the most, although I’d gather it upsets the patriarch Aaron (Jeremy Sisto) too. He just goes along with things to try to keep his wife and kids calm after they’ve already been through a violation of their security. Hangman even turns the kids Marley and Max (Ryan and Ty Simpkins) against each other in ways that their parents take for granted as normal sibling rivalry.

This is a good family. They talk about things, maybe not in depth because this isn’t a deep drama, but enough for us to understand them and want them to just find some clue to tell them to get the hell out of that damn house! The film leaves the potentially worst crimes to our imagination, but Hangman keeps coming out while they’re home. When will they catch him?

It’s just unfortunate that the style renders the film so ugly. The premise would be just as effective with traditional photography. We could be scared of a stalker in the house with an objective camera point of view.

The more important issue is: If the camera is a part of the story, that doesn’t mean it has to be the worst camerawork ever. I mean, the opening shots of black static were so amateurish I was sure it was a short preceding the feature. No one would actually open a real movie like that! The static voyeur cameras mean every scene has a fisheye look. He even points his camera at the video he’s already shot, so it’s further degraded.

Yet, in this post-found footage world, you just learn to roll with it. If it allows them to tell a creepy stalker movie on the cheap, at least the content is there. It’s also an A-list cast. Usually found footage relies on unknowns because it’s “real,” man. Hangman lets established actors play out the horror of trying to explain away a sneaky invasion into their lives, and that’s some very scary normal activity. 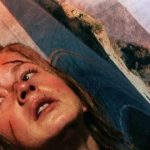 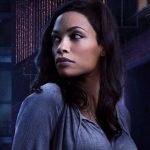