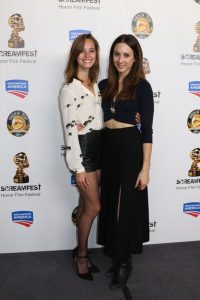 My gut reaction to the Martyrs remake was that it was exactly what I expected an Americanized Martyrs to be, but having settled down a bit I want to give it the benefit of the doubt. The filmmakers intentionally set out to make a different Martyrs so I’m not being clever by pointing out that it’s different. The changes they made do still fall within the Martyrs philosophy so it is a reasonable alternate interpretation of it.

For the parts of the remake that are the same, it’s just too slick and polished to feel uncomfortable or dangerous. And much of it follows the same plot. There’s less buildup to the doctor’s family but it even mimics the same camera style, from elegant moves devolving into total shakycam when it gets crazy. Maybe I just saw a rougher streaming version of the original so it added a raw quality, but I think that was the Super 16 film.

Once the people in charge show up to explain their cause, there is a lot more exposition, and perhaps a lot more attempted justification. Maybe Pascal Laugier kept the dialogue to a minimum to avoid extensive translations in the international market, but it definitely feels like studio notes of, “Make sure you explain everything over and over again so everyone in the audience understands exactly what they’re trying to do.” 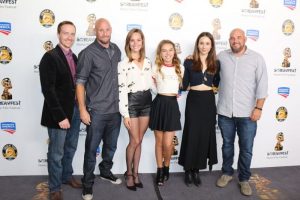 Cast and filmmakers of Martyrs at Screamfest

Where it starts to differ, obviously some of the tortures are different. ECT is a far less graphic and less viscerally powerful torture, but it has the same psychological effect. It’s testing the victim’s will to live. I was impressed they still did some of the skin thing, not to the extent of the original, but far more than would pass in a tame safe horror movie.

The third act really becomes something different, and something that is definitely more of an American trope. However, within that American trope, there is the theme of Martyrs motivating the heroines’ actions. Maybe it’s a compromise, or maybe it is the Goetz brothers thinking about how they can subvert the search for martyrs.

Like I said, Martyrs is very well made and clearly understands the premise well enough to put a reasonable twist on it. It might impact someone seeing it for the first time differently, but even for someone who’s seen the original, it offers an approach more interesting than just trying to copy or one up the source material.