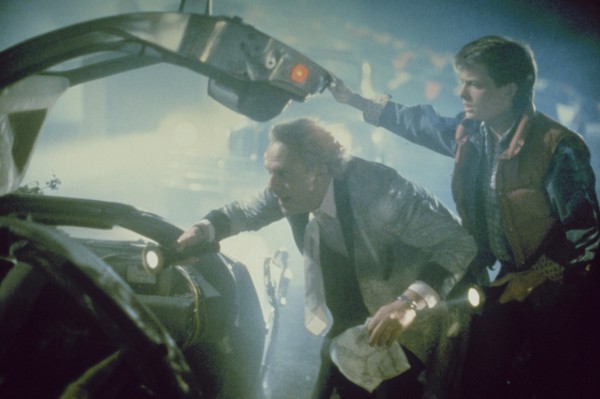 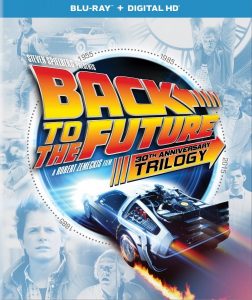 During the week of Back to the Future 30th Anniversary events, I ran into Dean Cundey in a rather unexpected place. He was at the Screamfest premiere of The Girl in the Photograph, for which he had done the cinematography. After the film screened, Cundey was kind enough to give me an interview for Back to the Future.

The cinematographer for all three Back to the Future films, Cundey had also worked with Robert Zemeckis on Who Framed Roger Rabbit? and Romancing the Stone. You know his work, from Halloween to Jurassic Park and more.

Franchise Fred: What was your decision to shoot Back to the Future in 1.85:1? Did you and Zemeckis consider a wider screen format?

Dean Cundey: I think we did consider 2.35 but we were talking about sort of a classic look, a look about the 1950s, a look back into that period. I think we decided that 1.85 was probably more appropriate and easy to deal with.

Franchise Fred: Were the next two films dictated by that choice?

Dean Cundey: Oh yeah. We definitely looked for consistency through all three films so the aspect ratio, the visual style, everything was very much coordinated.

Franchise Fred: Years later you did Jack and Jill with two Adam Sandlers. Had the technology to do that gotten easier in the decades since you had three Michael J. Foxes at a dinner table?

Dean Cundey: The technology used on Back to the Future progressed tremendously. We actually developed the motion controlled camera rig that we used for Back to the Future and that technology has now become standard. We used it in the new improved versions, you might say, for Jack and Jill.

Franchise Fred: When you see what they do on Orphan Black, are you impressed how they’ve utilized it?

Dean Cundey: Yeah, I think that the technology has become easier and easier to use and I think there’s more guys experienced in it as directors and DPs that you don’t hesitate to use it. You look at something big like Game of Thrones that relies tremendously on all the visual effects, but there’s an awful lot of visual effects you could do for small films. You don’t have to think about it as this big, expensive, daunting process.

Franchise Fred: Has it meant something to you to be living in the real 2015 after portraying it in Back to the Future Part II?

Dean Cundey: It’s interesting and I think you always run the risk whenever you have the future so near, that you’re going to have comparisons with the film and reality. I think it worked out pretty well because nothing depends on the time, being the present 2015, having certain advanced things that make it hard for you to understand the story and believe.

Dean Cundey: Well, it’s really rewarding to see the fact that the film 30 years later has such a huge following and not just nostalgically like people who saw it 30 years ago saying, “Oh, let’s go see that film that was our first date.” There are kids of all ages, there are generations, all of whom have really appreciated the film for all the work and the story that went into it.

Franchise Fred: When you shot the clock tower climax in the first movie, did you ever think, “This is so good, we’re going to use it in the next two movies too?”

Dean Cundey: No, you know, when we did the first one, we just hoped that it was going to be a good movie and that people would go see it and enjoy it and appreciate the work we did. So for there to be two sequels, or one that was very long and had to be cut in half, for there to be sequels to it is not only rewarding in itself, but the fact that the sequels are as well received and well remembered as the original. It’s always referred to as the trilogy.

Franchise Fred: I think it’s interesting that all three movies have the clock tower scene.

Dean Cundey: One of the things, if you look at the story and the script for the first one, there’s nothing in the movie that doesn’t pertain to the story. Every single little side trip you think you’re taking turns into a story point later. So it’s only fitting I think that the clock tower, which is so iconic for the journey and for the story of the first one, it’s only fitting that the clock tower figures in all three of them. It’s a character, a place of its own.

Franchise Fred: The last DVD actually showed some of the Eric Stoltz scene. Did you shoot anything differently when you got a second chance with Michael J. Fox?

Dean Cundey: No, you know, what was interesting is that Steven Spielberg had watched the movie and was part of the decision making to switch over to Michael J. Fox. He came to me and he said, “I’ve seen the whole movie that you guys did. We’re going to change the actors but don’t you change a thing. It looks exactly the way it should be.” Which was very nice and encouraging to know that we didn’t get critiquing of, “That scene was a little too dark, you need more camera movement” or anything at all. Whatever we did, Steven thought it was great, so we carried on.

Franchise Fred: Since you’re here for The Girl in the Photographs, are you impossible to scare in a horror movie because you know how it’s done and you’ve shot some of the masterpieces?

Dean Cundey: It’s interesting, I was sitting there tonight thinking that very thing. I’ve been listening to these tapes about the psychology of fear and so forth. I think that it is very hard for me to be scared because I see the tricks, the visual storytelling way of scaring people. I don’t think I’ve been scared by a horror film since, and even when I was a kid there weren’t a lot of them that did. I sort of saw the techniques. The only one that ever scared me was Invasion of the Body Snatchers, the very first one with Kevin McCarthy. That’s because it didn’t rely on slashers and monsters and giant crabs that have been mutated by atomic energy. It relied on psychology and I think it’s the psychology of fear that is really what does it.

Franchise Fred: Does that make you come up with new tactics?

Dean Cundey: I think yeah, you always have to be one ahead of the audience. So you’re always thinking about, “Oh, they’re used to this. Let’s give it a little spin.”