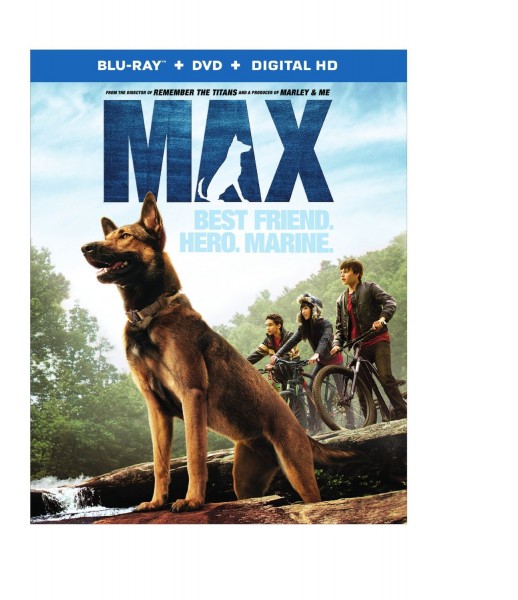 Max is a canine American Sniper. I mean that as a compliment. The same way that film honored human heroics and respected emotional trauma, so does Max for the canine members of the Marines.

Max was the Marine dog of Kyle Wincott (Robbie Amell). When Kyle is killed in action, Max is sent home with PTSD. The only one Max responds to calmly is Kyle’s troubled younger brother Justin (Josh Wiggins). So the Wincotts take Max home to save him from being euthanized, and caring for Max teaches Justin a little responsibility.

I believe Justin as a rebellious kid. He’s not overly obnoxious about it. He’s not trying to be bad, but he’s just figuring it out like everyone is, young or adult. Justin’s vices are video game piracy and condemning the military. Max isn’t afraid to wear its heart on its sleeve and have characters speak the film’s morals. That gives it an earnest quality that stands out these days.

Max’s story is a bit of a whodunnit. When one of Kyle’s comrades comes home, it’s clear Max knows something, but it takes Justin digging around to find out the truth. The film manages to question aspects of the military and local law enforcement a good amount, to show that it’s aware no institution is perfect. That doesn’t disrespect any individual heroes, and helps avoid painting them cartoonishly heroic.

This leads to the part of the film I enjoyed the most, even though it might be the most unexpected. At a certain point, Max becomes a full on action movie with Justin and Max facing bad guys in the forest. It goes all First Blood with really cool action and what looks like real stunts.

It speaks to Justin’s character too. A kid can be so worried about the trouble he could get into that he actually allows far worse crimes to escalate. The dog action is well staged, and you always know the geography of a sequence.

The Blu-ray looks as great as you’d expect any new release movie to look. These days it would only be shocking if a brand new movie looked poor. The greenery in those forest action scenes really pop out. Bonus features are brief, just short spots on animal training and real military dogs. That’s all you need really, although I happen to know director Boaz Yakin and screenwriter Sheldon Lettich have a lot more to say…