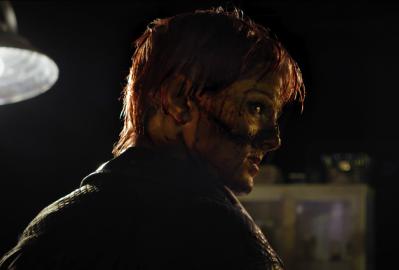 There were lots of things I liked in Patchwork and lots of things I did not. That’s fitting considering the film is about a woman made up of different parts, so the film itself is a mix and match of different parts, some more successful than others. The good parts are well deserving of the Screamfest awards it won, but that acclaim also means it’s time to keep it real.

After being ditched on her birthday, Jennifer (Tory Stolper) is knocked out. She wakes up to find she’s been seen together with pieces of two other women. The three women have to work together to find out who did this to them and if they can be restored.

What works completely about Patchwork is the performance by Stolper. Her physicality is assured and evocative. It’s a three way All of Me as the three women try to work together, but conveying that all falls on Stolper. While I’d love to believe they went method and really sewed three women together, it’s actually all Stolper’s body and her performance. I mean, that 1/3 of blonde hair is really convincing but it’s not actually 1/3 of someone else’s skull. Stolper acts like it is though. Her most memorable scene is when she attacks a fraternity party and seems to dance uncontrollably while murdering dude bros. Her movements have stuck with me so that is a powerful performance.

I really liked Tracy Fairaway and Maria Blascussi as the other women in the patchwork. By design, we really only get to see them in visualizations of their three way conversations or in flashbacks, but I liked the characteristics they each represented and how they played those characteristics endearingly. It’s also clever how majority rules in their decision making.

The film’s humor is less consistent. I enjoyed the mocking portrayal of well meaning dude bros and some welcome twists on genre cliches. The characters of two morticians are not funny at all, and they keep trying to be to make up for all the exposition they have to deliver. The film’s flashbacks seem largely unnecessary too. They provide one twist but in order to pull it off we spend a lot of time watching redundant scenes. There are eight chapters. Honestly, there aren’t eight different pieces of information here. Brevity is the soul of wit.

I’m most confused by the mad scientist laboratory set being the cheapest looking location in the film. Not in an Ed Wood kitschy way, just in that they didn’t have the resources to build a set or the creativity to cover that up. The lab paraphernalia is great production design, but the background is all a black void. Why wouldn’t they just build a wall to be the back of the laboratory? Walls are not prohibitively expensive to build. The black void calls attention to the fact that it’s an unfinished set.

I’m happy for Patchwork and Stolper to get recognition. I’d only rather have spent more time with the girls than other characters who weren’t getting any funnier the longer they were on screen. 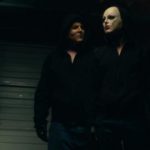 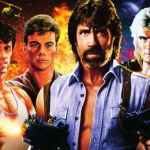