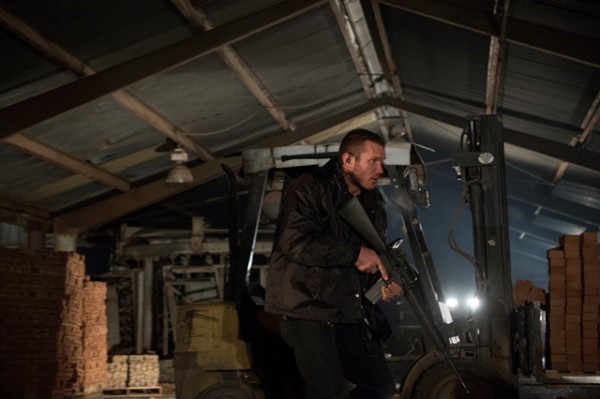 Earlier this year I had a chance to interview Roel Reine for The Man with the Iron Fists 2. The prolific director has helmed a number of sequels that premiere on video, making him an important contact for Franchise Fred. During that interview, we’d discussed his Dutch historical drama Admiral. I’ve yet to see Admiral but Reine is already back with another sequel.

The Condemned 2, from WWE Studios and Lionsgate, is a follow up to the film about prisoners pitted against each other in a televised fight to the death. This time, former bounty hunter Will Tanner (Randy Orton) finds himself in the game, only it’s out in the real world. I spoke with Reine again by phone on October 25, this time out of Thailand where he told me he was prepping to shoot Hard Target 2 with John Woo still producing! The Condemned 2 is out November 6 in theaters and on VOD.

Franchise Fred: When we spoke for The Man with the Iron Fists 2,  you told me that you did these sequels to learn on. Was The Condemned 2 another situation you could learn on?

Roel Reine: Yes, every movie, every day that I spend on set is learning. I believe in the 10,000 hour rule, so if you’re directing movies for 10,000 hours, you become really good. So it was a real experience. It was a full union shoot and that gives you some advantages and some disadvantages, so it was a really cool experience.

Franchise Fred: This was your fourth film with WWE, so at this point is it easier working with companies you’ve worked with a lot?

Roel Reine: What it does is they have a lot of trust in me, so they give me a lot of freedom to do it in a way that I want to do it. And that is really cool. Especially with this movie. We had a very limited budget and I only had 17 days to shoot this movie in. That’s kind of a record for myself. You need freedom to do it my style, in my way, and we definitely did it.  I really like what WWE are doing. They’re really trying to do a lot of genre movies and taking it very seriously. Their involvement with the talent, especially with Randy Orton, the way they’re positioning him and marketing him, it’s all part of making the movie. I really like and have a lot of respect for that.

Franchise Fred: 17 days is amazing. How many days did you have for The Marine 2 or Iron Fists 2?

Franchise Fred: Randy comes to the film with his own persona from the ring. What sort of direction would you give him?

Roel Reine: Randy as a WWE star, in the WWE world, he’s really Randy Orton the fighter and I suppose that come with a lot of physical theater for thousands of people in the audience. So it becomes a really different style of performing or acting or fighting. For me, movies is very intimate. The camera is really close. It’s an intimate process. So for Randy, it’s for me very important that he is himself. He is Randy Orton as he would be at home with his child. It’s a very personal performance, so a lot of times on the set, I whisper in his ears, “Randy it’s you. It’s you.” He goes, “Yeah, yeah, yeah, yeah.” Then as long as he is himself, then his acting becomes very natural because he’s going to be reacting to situations or he’s going to be reacting to other characters instead of being an actor and acting. I believe in that also with very well trained actors. You want them to react more than to act. He does it really well. I’m really proud of what he’s done in Condemned 2. I think it’s even better than what he’s done in 12 Rounds 2. I think he’s really growing as a performer.

Franchise Fred: In the police woman scene, did you play with how long you could hold that tension and drag it out?

Roel Reine: Yes, you try to prolong it as long as possible to build the suspense but it’s also something that she did really well. I really like her and she’s a local actor in New Mexico. Yeah, you try to draw that out and you try to make it really personal. Randy has to be really close to his heart when he does that and I think he does that really well.

Franchise Fred: How long did you have for the gas station shootout?

Roel Reine: One day. It was the third day of shooting.

Franchise Fred: How much planning did you do to make sure you got everything you needed on that day?

Roel Reine: Prep is everything. You plan it out. You plan every squib, and the car that blows up. Then you just need a good crew to pull it off. On that day you’re doing like 100-120 shots, otherwise you can’t make it. That’s what we did. I also DP my own movies so I’m able to be really fast in how I approach those technical scenes. We did it in one day and we did it really nicely. I really like that sequence. It’s really cool.

Franchise Fred: How many passes did you do of running through the minefield?

Roel Reine: I had one take through the minefield.

Franchise Fred: That’s what I thought.

Roel Reine: It’s two parts. So we had the first running part and then we had a smaller running part where he falls against the rocks at the wall, but I had one take. That’s what you get when you have these movies. We only had one take so in that moment, you have four cameras and a drone in the air because you need all angles.

Franchise Fred: What were the most difficult sequences to do, if not the ones I already mentioned?

Roel Reine: I think overall it was not as hard. The action sequences are normally very easy. What I remember was really tough is that I wanted to have the movie look really big, and it’s a road movie. We are on the road, so every day you have two or three locations in the desert so you need to transport the crew and the cast to the next set. That was really tough. Especially when you have a sniper laying down on some mountain where he has to drive all the way around and do some hiking to get there. To get Eric [Roberts] there was very complicated, so it was more the logistics of shooting in these big wide deserts and all these cliff sides that was challenging, not the action. Even the end battle with the factory and all the explosions was not that complicated to do. It was the logistics of these beautiful deserts that were very tough.

Roel Reine: I think this one is really completely different because the first one was all about prisoners and a prison island. I felt while it worked really well, this movie wanted to be something different. It’s cops who are fighting, so opposite sides of criminals. Then what I wanted to do was make the gambling a little bit more personal. Remember from the first one, it felt really technical with all these screens and monitors and people betting on the internet. I felt like you want to do it personally. You want it to be like a gambling house, like a casino style. I really like how they did that because it gave it a little more personality. Then the gamblers, the people who are betting on these guys, are there in the room.

Franchise Fred: Where are you calling me from right now?

Franchise Fred: Who is your star?

Roel Reine: I cannot tell you.

Franchise Fred: Do you have a good relationship with Universal as well?

Roel Reine: Absolutely. I could do two movies a year there if I wanted at Universal, but I also like to mix it up so I kind of told myself, “Let’s not do any more sequels for a few years.” But when they called me and said, “Do you want to do Hard Target 2?” I was like oh, I cannot say no to that because I’m a huge John Woo fan. It’s the first American sequel to a John Woo movie, so it’s a really big honor and I want to respect that by making a good movie.

Franchise Fred: If you’re shooting in Thailand are you going to be able to use any Thai actors?

Roel Reine: Yes, we have some Thai actors, yes.

Franchise Fred: How long will you be working on Hard Target 2?

Roel Reine: I’m here another four or five weeks but then I’m doing an episode for a TV series. I’m really busy. I really step from one movie to the other and I really like that. I do two movies a year and now I’m also going to do some TV series and a pilot for a TV series next year. I’m very fortunate. I love my job. I have the best job in the world and I love what I’m doing. I get so many opportunities to do cool stuff.

Franchise Fred: Which show are you doing an episode for?

Roel Reine: I’m not sure if I’m supposed to say that. It’s a pretty big show. It’s a huge, big show so I’m really lucky.

Franchise Fred: We’re talking about another sequel you’ve made, and yet I still haven’t seen Admiral. When can we see that movie?

Roel Reine: Admiral was very successful in Europe and in the Netherlands. It’s in the top five box office in Holland right in between Jurassic World and Furious 7. In February it will have a small theatrical release in the U.S. For Holland it was a very important movie because it’s a very important era and it became a very big commercial success as well.

Franchise Fred: I remember that was very important to you, and that was the movie you put all your 10,000 hours of skills to use on, right?

Roel Reine: Yes, that’s true. The thing that I learned making sequels for the studios here in America, I put all that skill into that historic movie. I’m going to do another big movie next year, an American movie, huge movie. There I can bring all my skills to the table as well. It’s a really good combination for me doing sequels, prequels and working with new talent and new places in the world. Then doing my own big movies in between, so I hope to continue doing that. 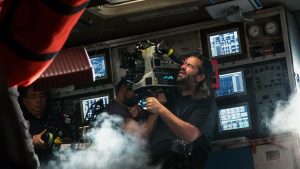 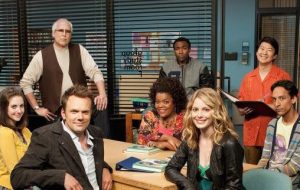 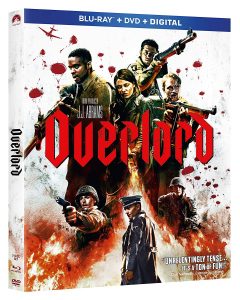