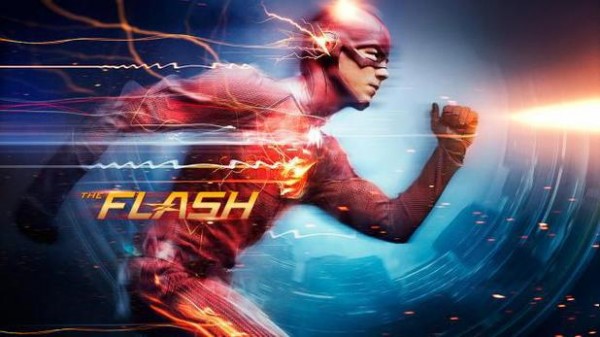 Earth 2 Harrison Wells is here, and he’s kind of a jerk. He says he’s here to help the Flash fight Zoom. But his motives are unclear. We see a flashback of Wells on Earth 2, and we see him deny any involvement with the meta-human crisis, even though he caused it. We also see he has a teen daughter. And we witness an angry confrontation between Wells and the Flash of that world, Jay Garrett. Though he denies involvement in the accident that created meta-humans, Wells still plans to profit from it. He’s developed an application for his wrist-computer-devise that can detect meta-humans.

Back on Earth 1, Cisco has a vision and sends our Flash against Doctor Light. She’s a meta-human with the ability to harness and use starlight. She’s also the Linda Park of Earth 2. The Linda Park of earth 1  is Barry’s ex-girlfriend from last season. She’s a reporter and works with Iris. Jay knows the Doctor Light from his world and assures Barry that she can be reasoned with. But in the end, she can’t. And when the Flash hesitates, because of who she looks like, she hits him with a burst of intense light, rendering him temporarily blind.

Now comes the boring part. Right in the middle of everything, Barry goes on a literal blind date with Patty. And outside Iris’ office, Jay and Caitlin are on a stake-out/make-out session of their own. They are supposed to be keeping an eye out for Doctor Light, but they are so into each other they don’t see Doctor Light coming until it’s too late. She blasts their van with a light pulse, blowing it up and knocking them out.

Doctor Light attacks Linda Park. Her objective is to kill her, and then become her in this world. I guess in an effort to blend in and hide from Zoom. But Iris uses the gun her Dad gave her and shoots Doctor Light, knocking her helmet off. But that doesn’t stop her. So the Editor of the paper steps in and tries to subdue her, and gets killed in the process. The Flash arrives, Light disappears, and Linda Park is thoroughly freaked out.

Back at Star Labs, they’ve got Light’s helmet but can’t figure out how to use it to find Doctor Light. Until Wells outs Cisco, by telling everyone he’s a meta-human. And he’s got proof. Wells uses his meta-human detection Application on Cisco, and it confirms what Cisco’s been hiding. Then, no longer able to deny it, Cisco touches the helmet and vibes on Doctor Light’s location.

Cisco tries to explain to his friends that he didn’t tell them he had powers because he was afraid of turning evil, like Wells. Then Caitlin tries to comfort him, saying that just because you have powers it doesn’t mean you’re evil.  That statement foreshadows her possible change into ‘Killer Frost,’ one of the Flash’s deadliest foes in the comic book. In Dc Comics, Killer Frost’s real name is Caitlin Snow. YIKES!  But does that mean our sweet Caitlin will turn to the dark side? Or is there an evil version of Caitlin on Earth 2, ready to cross over?

The Flash goes after Doctor Light, and after a pretty taking a brutal beating, he figures out how to take her down, and he does. He puts her in the pipeline. Then the gang comes up with a plan to use her as bait to lure Zoom out in the open. Jay hates the plan, and Wells calls him a coward. Hey! Those are fighting words, and the two men duke it out. Until Barry stops them. Jay is upset, and is unwilling to be a part of the plan.  He packs up his little metal hat and leaves, possibly going back to Earth 2, or his Earth 1 digs. That wasn’t clear to me.

The episode ends as they move forward with the plan. And Cisco finally embraces his new ability. They come up with a codename for him, “VIBE.” Which isn’t a surprise if you’re a comic book fan. In fact, you probably saw this coming. Something you didn’t see coming was the last scene with Zoom. He is holding Harrison Wells’ daughter hostage. What does that say about Wells’ motive for infiltrating team Flash? Stay tuned. 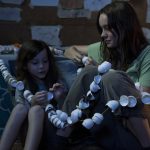 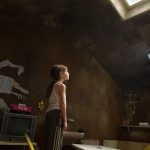