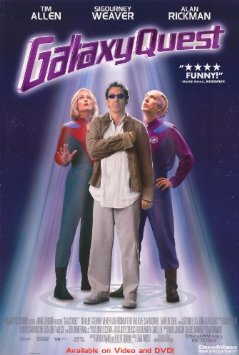 Yesterday was the press junket for Secret in Their Eyes and one of our interview subjects was producer Mark Johnson. Johnson is also producing the upcoming Galaxy Quest TV series for Amazon. Galaxy Quest was a sort of meta spoof of actors from a cheesy sci-fi show becoming actual space heroes. Johnson said the series would add an extra layer of meta.

The timing of my question was fortuitous, as Johnson was splitting duties between promoting Secret in Their Eyes and prepping the Galaxy Quest series. “It’s funny that you should ask that because I have a call in two hours over the pilot script,” Johnson said.

Secret in their Eyes opens November 20.