Early today, Activision Blizzard Inc. announced it wants to turn its popular videogame franchises including “Call of Duty” into movies and television shows.

Now I have nothing bad to say about their decision. However I am interested to see how it plays out as adaptations of video games into movies and/or tv shows has proven to be a bad idea in the past, so I am intrigued to see how Activision will fare in this environment. The company also stated that it is creating a film and television unit to exploit its vast library of intellectual property. Nick van Dyk, a former senior strategist at Walt Disney Co., has been tapped as co-president of Activision Blizzard Studios along with a soon-to-be-named creative executive.

“Our engaged fans can now watch the games they love come to life across film and television,” Activision Chief Executive Bobby Kotick said in an interview.

Activision’s intellectual property — which ranges from modern-day blockbusters such as “Destiny” to 1980s classics such as “Kaboom!” — has been highly sought after by Hollywood studios for years but the company always resisted overtures.

“What we needed to do was feel like we could deliver content that would be enhancing to the franchises and exceptional to the players and the only way we could do that was by ourselves,” Mr. Kotick said.

The company will work with traditional studios for theatrical distribution of its films. However, Mr. Kotick also hinted that Activision won’t be beholden to the big screen or the small screen in terms of platforms for its programming.

“We have the flexibility to decide what’s the best way for the audience to consume that content,” he said. That could include offering content online in an “over-the-top” streaming-video service similar to World Wrestling Entertainment’s network. “We will look at it on a case-by-case basis,” Mr. Kotick said.

The launch of a TV and movie studio is the latest in a flurry of activity for Activision. Earlier this week, the company struck a deal to acquire King Digital Entertainment PLC for $5.9 billion, a move aimed at transforming Activision into a leader in the cutthroat and fast-growing mobile games market. King is the maker of the smash hit app “Candy Crush Saga,” one of the world’s most successful mobile games.

Also, last month Activision Blizzard said it is creating a new division dedicated to competitive videogames, or so-called e-sports. Steve Bornstein will be chairman as he is a former head of Disney’s ESPN who, until last year, was the top media executive at the NFL.

Well there you have it folks, Activision is gonna be delivering some top tier game adaptations and all you gotta do is keep comming back to The Realm Cast for new updated information as it becomes available.

NEW Trailer Below gives us First look at the Adaptation Movie, WARCRAFT. 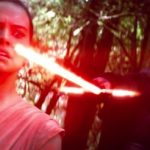 NEW Trailer Below gives us First look at the Adaptation Movie, WARCRAFT.