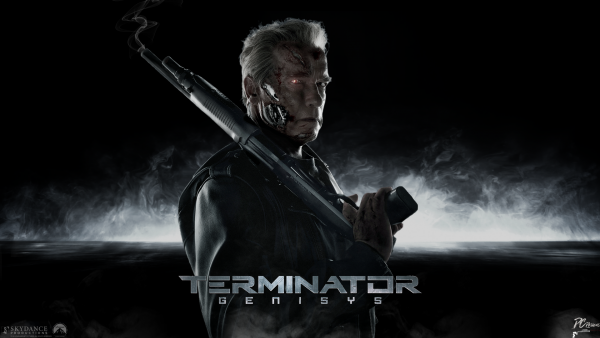 I was named Franchise Fred because I truly believe there should always be more sequels to every movie. I’ve always felt that way, but this is the actual movie that earned me the name. When Terminator 5 was announced in 2012 and some people wondered how Arnold Schwarzenegger could still play the same robot from 1984, I said why wouldn’t you want to see Arnold Schwarzenegger keep playing The Terminator? However they figure it out, that’s a movie I want to see. I was so adamant that Outlaw Vern dubbed me Franchise Fred. Now Terminator: Genisys is here so I’ve got to put my money where my moniker is. 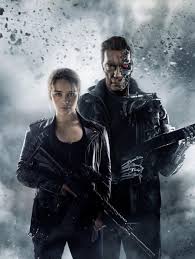 I am glad they keep telling Terminator stories, and because the premise involves time travel, they can always keep going back and messing with stuff. The 1984 of The Terminator is captured really well, with attention to details like the dog and the homeless man, but artistic differences that can be explained as either slightly alternate history or simply a new interpretation. I wish they would have gotten Bill Paxton back to play the punk. I would have suspended disbelief, but the 1984 Terminator effect looks much better than it did in the early trailers, so maybe they polished it up.

This means the best stuff still comes from James Cameron. It’s a testament to the classic scenes that they can be manipulated by a new story and still have impact. Changing the history of 1984 asks the questions fans have debated for 30 years. You may not like all the answers but the questions are finally asked. The most important is: If Sarah Connor (Emilia Clarke) already knows about Kyle Reese (Jai Courtney), could she still love him?

The timeline explanation may be convoluted, but no more than Doc Brown’s chalkboard.        You’ve got to imagine that the humans who found the Skynet time machine didn’t find an instruction manual, so they’re still learning the rules as they go. The best parts are left to the imagination, like glimpses of young Sarah Connor (Emilia Clarke) meeting the Terminator (Schwarzenegger) as a child, or Kyle Reese (Jai Courtney)’s new memories from the timeline where Judgement Day is postponed.

The Terminator actually becomes a supporting character to Sarah and Kyle. This is a nice way to turn the focus on the human characters, when even in the original they were orbiting this antagonist. The Terminator is back to being a silent, mechanical tool, although he still makes a dick joke. Maybe he has as many lines as T2 but they’re parsed out enough to seem authentically minimal. It also means there aren’t any memorable one liners I could pick out. Maybe “Old, not obsolete” as a thematic statement. I don’t think, “Nice to see you” is the new “Hasta la vista, baby.”

The action in the beginning really captures the relentlessness of the James Cameron movies. Arnold vs. Arnold uses CGI enhancements to have some real fun with big things smashing each other and crushing the ground. Likewise, the T-1000 keeps coming and coming. After that, the action becomes too choppy and CGI dominant. Use CGI to have two Arnold Schwarzeneggers fight. That’s the only way it can be done. Don’t use CGI for helicopter stunts. We have real helicopters that can do cool things. And it would be cooler to see the bus flip in a single take, not cut together from all the different angles it was captured. Showing Reese’s memories as a double vision image may not have been the best idea in a 3D movie.

I mean, I can be the biggest stickler on continuity of anyone. I’m Franchise Fred. For example, we know that Kyle Reese lost the Polaroid of Sarah before he travels through time, but it’s nice to see him looking at the Emilia Clarke version of it. Hey, it’s a different timeline, maybe it didn’t burn up in this one. And we know that the T-1000 can’t form moving parts for weapons, but what it does in 1984 is such a cool idea it’s worth putting in a movie. So it’s no The Sarah Connor Chronicles (do some deep Googling to uncover my love for that show), but I got my two seasons of that and Arnold was never going to cameo on that show. This is the way to continue the Arnold movie series.

Now on Blu-ray, Terminator: Genisys looks like a surreal portal into a future imagined in 1984, and a past recreated in 2015. The future war looks like everything James Cameron imagined, though oddly clear without any film grain. Same with 1984, familiar locations and set pieces but with a modern shine. I think the seams of the 1984 T-800 face are a bit more apparent in such high definition but only because we’re already suspending disbelief and are marveling at how they created it.

The three bonus features are fairly standard behind the scenes shorts with interviews and on set footage. They actually got an interview with James Cameron but only used him for two soundbites.