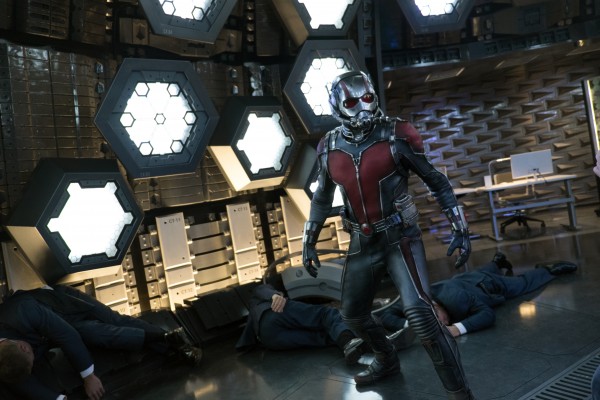 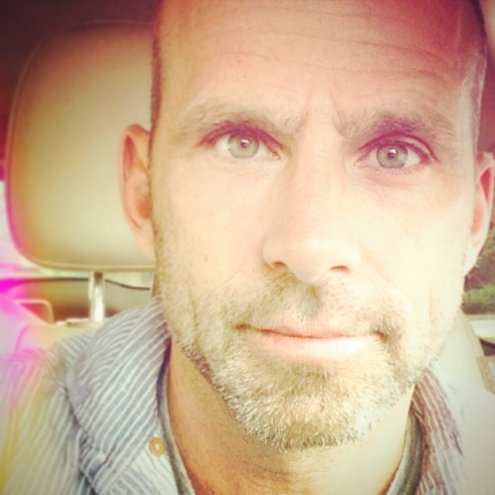 Once again it’s been another amazing year for Marvel. First, with Avengers Age of Ultron, which was a great follow up to the first film. Then Ant-Man won everyone over with the films combination of action, comedy, adventure, and visuals.

The movie is set to be released on Blu-ray on December 8th ( Check out our review HERE ) and we had a chance to interview production designer Shepherd Frankel about working on the film. He shared some great insights with us and here’s how the interview went.

Louis Love: Let me ask you, what are the duties of a production designer in a film like Ant-Man?

Shepherd Frankel: Awesome question, man. My job on a film is to design where the film takes place in. To completely accomplish that it requires a staff of many super talented people. Everyone on my team worked really hard to bring this project to fruition. Basically from the 1st frame of the film to the last frame of the film, the world of the movie unfolds and my job is to create the world that the film takes place in. I work very closely with the director. We work with the producers and with Marvel closely as to the world that we’re creating. I also worked closely with the digital tech supervisor. Ultimately, that is the responsibility. The way I do that is I lay it out, I read the script, I break it down, and I lay it out visually. I start building the world with images I find that I research and that I think have some kind of information. It’s almost like putting up a huge wall in an organized environment and starting to shape the script. While visually representing it on a big wall and starting to shape the movie with images in that way. That’s a little bit of what that looks like, but just to jump ahead with visual effects, as if we were to extend an environment. This is just like designing a set and I go, “Oh, okay we’re going to extend it.” It’s like it’s the scale of your room. If I’m building only a part of a set on stage, but the set continues, my job is to design the entire set. Then show where the extension would go based on where the scenes are in the set and how that relates to the process of filming if that makes any sense. For instance, Hank Pym’s. Pym technology is something that after I found this building I was like wow, we got to put this place in a great location in San Francisco. We ended up putting it on Treasure Island. You know by virtue of that opening shot. Going over the water, arriving at Hank Pym’s, Pym technologies, and seeing Michael Douglas coming over the bridge arriving down into Treasure Island. The reverse is the water looking back and San Francisco. That building existed in Atlanta and we had to take out some trees, build a whole tool, and add a guard shack for Michael Douglas to go through. Which ended up being the cutter piece, adding a green screen behind to show that he had come from over a bridge that actually existed in San Francisco. It’s like a comprehensive universe. You start breaking apart how to show how the set works (being shot in Atlanta) while using plate shots in San Francisco and locations on stage. Designing the universe is really what my job is on a film like this.

Louis Love: Awesome. You’re no stranger to sci fi/fantasy and you’re also no stranger to the Marvel universe. Could you tell us a little bit of what was unique working with Ant Man, opposed to the prior Marvel films?

Shepherd Frankel: Yeah, that’s a good question. I think Ant Man is, across the board, a superhero film. Ant Man is extremely unique and that was one of the things that attracted me to the project. I’m like, “Whoa, this is kind of unlike any other superhero film.” In that he (on a pure emotional level) is like you and I. Just a regular guy who gets his powers from this old-looking motorcycle suit. He didn’t design it, like Tony Stark designed the Iron Man suit. He’s actually put into a situation where he needs to learn how to utilize the suit to become his motivation. To do that is less of being a superhero and more about redeeming himself for his relationship with his daughter. That’s some real regular dude problems, and regular dude parent stuff, you know? Him trying to work his way back into the fabric of society after making a couple of bad decisions. He’s not a bad dude. He just made a couple of bad decisions and now he’s kind of jammed up like, “I can’t see my daughter unless I can pay alimony. I can’t pay alimony ’cause I’ve got this record.” He’s like, for me to stay reconnected to my family, I’ve got to figure this out and that’s going to have to happen to have a relationship with my kid. So, I thought that’s exceptional. Then the visual journey that we go on. It’s so badass to work on a film where you’re in the tenderloin gritty streets of San Francisco, to the Triskelion building being built in 1989, to a mid-century badass building for Pym technologies, to this high tech laboratory called the Futures Lab, and the Futures Vault that Darren Cross took over during 19-whatever. I think it was 82 at that time, like a Panamanian hacienda that we see in a flash back at that point. I’m like man, it’s a van that has a character arc to it. It goes on this crazy little janky van to this character in the heist. I’m like that is so cool, that allows me to dig into the bones. Lastly but not least, where the whole movie has huge value in it. All of these environments being shown in a macro universe perspective is basically parallel to the Guardians of the Galaxy interplanetary travel. Like Thor’s Asgard and the nine realms, or whatever. That is the alternate universe of this kind of indie heist movie that Marvel made. You have these alternate universes in this macro world.

Louis Love: How much of the comic did you look at when you visualized the production? Did you refer to the comics at all?

Shepherd Frankel: Yeah, I mean look. You always want to familiarize and re-familiarize yourself with the comics. The artists’ creativity of the time was incredible, and Jack Kirby. You also want to make it. You need to reinterpret things and make it visually relevant for today, unless you’re doing a true throwback. The way we do that, I think, is the comics are used as a true story arc and story narrative. They’re used as a springboard for that. Also out of respect to the fan base and the Marvel cinematic universe, we’ll build a couple of props or reference something that evolves into today. One prop in the film is Hank Pym’s secure room. It’s a little ant farm with this little weird glass tube that’s lit up. We ripped that right off of the original Jack Kirby design in one of the volumes of Ant Man. It was really fun to do that and I don’t know if you’ll remember it, but it’s right there on that light up table. We did that intentionally because we could. Hank Pym’s original lab was built in the 70’s, the way older one. So it’s appropriate to bring a throwback prop right into that environment. Putting that into the Futures Vault wouldn’t have made much sense. It would have been like doing something that doesn’t necessarily serve the movie and it becomes too much of a forced Easter egg. 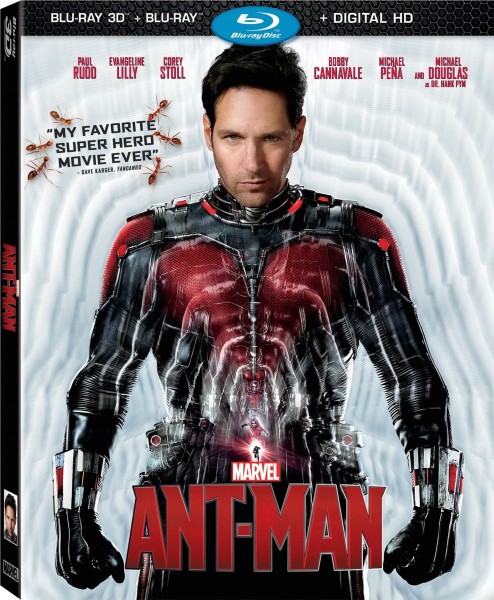