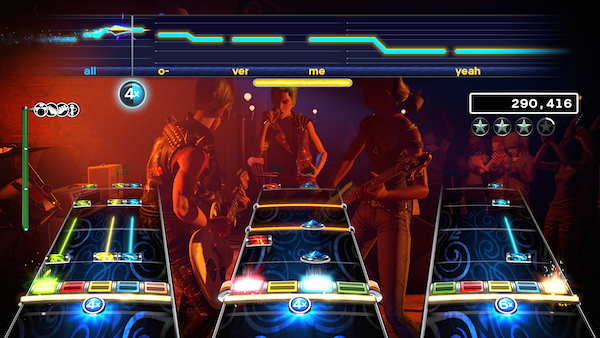 Since I am playing Rock Band 4 on a PS4 using instruments from PS3 versions, I looked up compatibility and instructions while I was trying to set it up. I didn’t find any complete reference. Harmonix has a compatibility chart, but there’s more to it than that.  I thought I’d start a page here on Nerd Report where people can share their experiences and help in the comments. I will share how I got it to work, but that may only part of the story. (Feel free also to share Xbox One experiences.)

You’ll notice that’s four instruments. Playstation 4 now only has two controller jacks. Some design genius figured that with wireless controllers, there was no more need for four or more jacks.

Luckily, one of the Rock Band guitar dongles has extra jacks. A dongle, I learned, is the name for the wireless receiver you plug into the control jack to connect with a wireless guitar. Back on PS3, each instrument came with its own paired dongle.

So the messy plug situation was: two guitar dongles, with a microphone and drums plugged into one of the dongles.

It seems new instruments are simply paired via PS4 bluetooth, but PS3 equipment still requires the dongles, so here we are.

Guitar Hero instruments are now compatible with Rock Band 4, and I had some of those to try out too, but each had problems. My oldest guitar for Guitar Hero III connected and activated fine. I even found it a bit more responsive than Rock Band guitars, explaining why I was always a little better at Guitar Hero. But, the colored frets would go dead at random. In mid-song, I’d lose the green, orange or blue fret, which makes finishing the song impossible.

Could that be the age of the guitar? It’s the oldest piece of equipment in this equation so maybe it’s just going bad. It did have fresh new batteries in, and the randomization of the dead frets suggests it’s not just wear and tear.

However, my second guitar, which came with Guitar Hero World Tour, was completely dead. The dongle would not even light up red to connect, although the guitar it should have paired with was still blinking. Do dongles go bad? That’s a tad less old than the guitar that works with missing fret buttons. 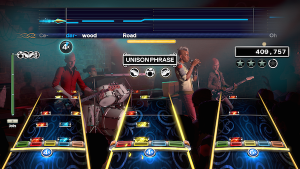 On the vocal front, since I still have the old microphone, am I able to use the vocal improv feature? It seems like any time I stray from the notes, it counts as a miss. Do you need the new Rock Band 4 mic to vary the notes? Or am I just not good enough to improv?

I will update this page as I find more information. Please share answers or further questions in the comments. 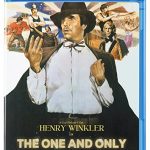 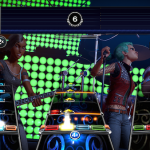