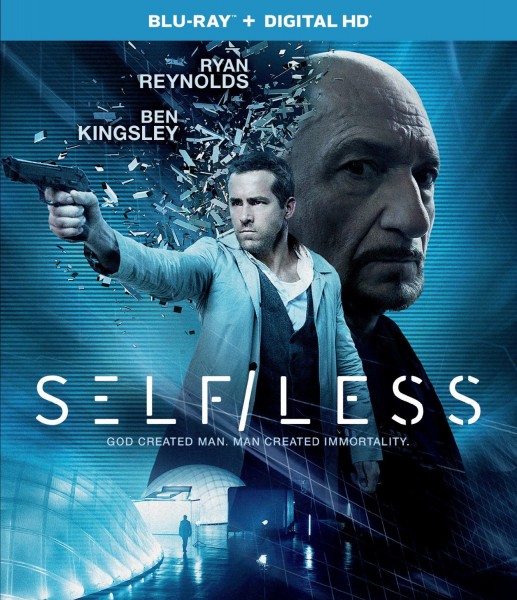 Now on Blu-ray, DVD and ditigal

I missed Self/Less this summer so it was a pleasant discovery for me on Blu-ray. It may be a generic sci-fi movie, but with more striking cinematography and better acting than these movies often get. Everyone seems to believe in it.

Even though we have seen movies involving the concept of transferring consciousness into a new body, Self/Less asks the questions within its own mythology. In this film, the process is called shedding, but the new owner of the body has to take pills to suppress the original person. So is taking the pills as bad as shedding in the first place? These are basic questions, but the movie still asks them, and you can’t help but really feel it when the little girl sees her father alive again.

Ben Kingsley, Ryan Reynolds, Matthew Goode, Derek Luke and Natalie Martinez all play it real. The film is not without humor, but it’s not a laugh riot because these are people whose family has been shaken, so it give respect to the collateral damage of the high concept plot.

While the visuals aren’t as epic as he usually deals in, Tarsem Singh directs the hell out of the action. Twin overpasses and a farmhouse create epic visuals in seemingly mundane action, and you can see who is hitting whom in the fights and shootouts.

Those visuals look especially great on Blu-ray. From the golden suite in which Damian (Kingsley) lives to the cold and shiny laboratory, the picture is crisp and clear to create a stark environment. When young Damian (Reynolds) experiences blurry vision with surreal jump cuts, it’s extra trippy in high-def. A lot of the movie takes place in New Orleans, giving sections of the film bright and colorful mise-en-scene. Even the slick pavement of a parking lot shines on Blu-ray.

I wasn’t particularly motivated to explore the film further in bonus features and Singh’s audio commentary, but I felt I got a lot out of watching the film on Blu-ray. I’m going to keep this one and add it to the list of solid genre movies given the class and attention every movie deserves.